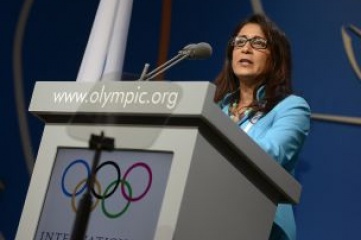 At the close of its final Coordination Commission visit to the host city, the IOC said the Rio 2016 organising committee is set to resolve “thousands of details” to produce a “great Games”.

“As we enter the final 114 days until the opening of the Olympic Games Rio 2016, and despite the complex political and economic context, we are confident that Brazil and the Brazilians are on track to deliver successful Olympic Games with an outstanding legacy,” said IOC Coordination Commission Chair Nawal El Moutawakel.

“The last stretch is always the hardest. During the operational phase that we are entering now, there are thousands of details still to manage, and their timely resolution will make the difference between average Games and great Games. The Rio 2016 team is ready to rise to this challenge and deliver Olympic and Paralympic Games that will reflect Brazilians’ warmth, hospitality and passion for sports. We believe that Rio 2016 will make the host nation proud.”

Preparations for the Rio 2016 Olympic Games, which begin on 5 August 2016, have been beset by organisational problems that have threatened to derail the massive project.

But in a statement, the IOC said many of the venues are now finished, with the venues 98% complete overall; that 33 test events had been successfully completed with positive feedback from the competing athletes; and that popular backing for the Games remains strong, with over 70% support in Rio de Janeiro – demonstrating that the majority of local citizens see the Games as a positive element in the development of their city and country.

Brazil’s economy was booming when Rio was awarded the Games, but the country is now in the grip of recession.

“Thanks to the solidarity and support from the IOC, International Federations, and National Olympic Committees during this difficult time for Brazil, we will be ready,” said Rio 2016 President Carlos Arthur Nuzman.

“We will not be complacent in the last mile. We know that we still have important elements to finalise before the Opening Ceremony on 5 August. We are working hard with all of our partners on each of these points and we are more confident than ever that Brazilians will deliver great Games.”

“The strong support from the local authorities, as well as the partnership and solidarity shown by the IOC, International Federations, National Olympic Committees, and other Olympic partners, in line with Olympic Agenda 2020, has been invaluable to the Rio organisers, as they finalise their preparations. I’d like to thank all of those involved for their hard work and dedication to this project,” said El Moutawakel.