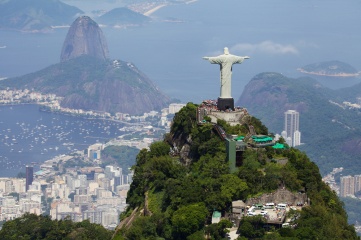 Rio 2016 has appointed Eventim for the Olympic and Paralympic Games

German ticketing company Eventim has been appointed as the exclusive ticketing services provider for the Rio 2016 Olympic and Paralympic Games.

The company was selected following an international tender process.

Under its partnership with Rio 2016, Eventim will provide a ticketing platform for Brazilian and international customers. The company has previous Olympic experience having served the 2006 and 2014 winter Games, in Turin, Italy and Sochi, Russia, respectively.

Rio 2016 runs from August 5-21, with the Paralympic Games following from September 7-18. A total of nine million tickets are expected to be issued across the event’s sporting programme.

Eventim said: “In its partnership with Rio 2016, Eventim will continue to contribute to the Olympic and Paralympic movement by providing a robust, state-of-the-art ticketing platform, building on those which have been delivered for Torino 2006 and Sochi 2014 and embracing technological and operational know-how.

“Through their cooperation, Eventim and Rio 2016 shall ensure the delivery of a fair and transparent system for the distribution of tickets for Brazilian and international customers.”

Rio 2016 last month marked the two-year countdown to the opening of the Olympic Games by vowing that the delays and cost overruns which hit preparations for the 2014 Fifa World Cup will not be repeated.

Brazil’s staging of the World Cup was widely judged to be a major success, but the build-up saw significant delays in the delivery of stadia and price increases in preparing the venues.

This led to fears over Rio 2016, but local organising committee chief executive, Sidney Levy, told the Bloomberg news agency: “The time has come for the Brazilian people to deliver something on time, on budget, with full transparency. We can always fail, but that’s what we are willing to do.”

Rio 2016 said construction across the four competition zones stood at 55 per cent completion on August 5.

In advance of his presentation at HOST CITY: Bid to Win, Carlos Nuzman says Rio’s regeneration will outshine that of any previous host city.