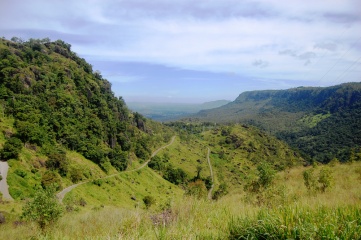 Papua New Guinea is in talks to join Australia and New Zealand as a co-host of the 2017 Rugby League World Cup.

The Sydney Morning Herald newspaper said that the Rugby League International Federation (RLIF) is considering the Oceanian country as a destination for at least one game during the next edition of its showpiece national team competition as it seeks to expand into new markets.

In February, the RLIF confirmed that Australia and New Zealand would co-host the 2017 World Cup, choosing the joint bid over a rival pitch from South Africa, which has never hosted the tournament.

The RLIF said that the Australia/New Zealand bid was selected as the one with the greatest chance of success in providing more compelling games in front of large crowds.

Four pools will make up the tournament with the Australia and New Zealand national teams being based in their home countries. Negotiations are taking place to have Papua New Guinea as a third host but the RLIF is also said to be considering Fiji for this role in a bid to further the development of the sport in the region.

Andrew Hill, general manager of league integration and game development for Australian league the NRL, said: “Part of our bid to the international federation was to look at how we could assist the broader rugby league strategy in the Pacific. Papua New Guinea have expressed an interest in hosting a game or games.

“We've begun discussions with the Sports Minister of Papua New Guinea and over the next couple of months we'll get into more detail. We've had a couple of preliminary discussions. It's got past general chat. It's now about the logistics and the contribution Papua New Guinea would need to make to hosting a match of that status.”

Papua New Guinea competed in the 2013 World Cup, but failed to win any of its three group games. However, there is a significant interest in the sport in the country and Hill believes the infrastructure is suitable for involvement in the 2017 tournament.

“Teams who have come here have been very complimentary with the way in which everything has worked,” Hill added. “At the back of the Pacific Games and the Papua New Guinea Games being held this year and next year, there will be infrastructure built that would be appropriate to host World Cup games.”