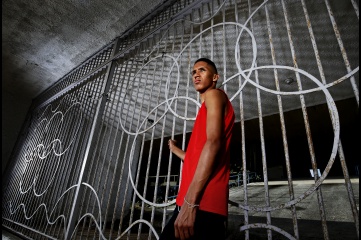 Good progress has been made on social sustainability but more is needed, says Terre des Hommes

In the months since Rio hosted the 2016 Olympics and Paralympics, we have seen sport’s international governing bodies, such as the International Olympic Committee, FIFA or UEFA, take some important first steps. Indeed, all three of these governing bodies, as well as the Commonwealth Games Federation, have made progress on the path of integrating Human Rights as a due consideration when rolling out their processes, in particular in connection with mega sporting events.

For example, EURO 2024, the Paris 2024 Olympics and the 2026 World Cup are all events in which framing documents (such as bidding criteria or host city contracts) must now include an explicit reference to the responsibility of organisers to respect human rights, whilst setting up and delivering the event. Terre des Hommes and its Children Win campaign have worked in coalition with other key civil society organisations to get the sport governing bodies to engage in taking these first steps.

What do we mean by incorporating human rights into the planning and delivery of mega sporting events? Well, this should imply that when constructing sports infrastructure for the event, workers are duly paid, have decent working schedules and conditions. It should imply that supply chains are free from child labour. Or, when communities and families are evicted and moved to a new location to make way for sporting facilities, that the process should not violate child rights – for example, by ensuring proper access to schools and health centres in the new location.

It is important to understand that the prevention of human rights and child rights violations, as well as respect of anti-corruption standards, are both key elements when considering the social components of ‘sustainability’. Usually understood in the context of its economic and environmental aspects, social sustainability has begun to gather momentum and importance over the last two years when debating the ‘sustainability’ of sporting events.

Take a moment to reflect on this. If an event lasting three or four weeks has life-changing consequences for many thousands of people, surely it should be organised in a way that reduces the negative impact to the minimum.

Therefore these changes on paper, in the documents I have described previously, are vitally important – but, let us be clear, they only constitute the start of the journey. And, one could add, the easiest part of it.

To have the desired positive impact on the ground, for the affected groups such as workers, children or communities, the new provision in contracts and bidding documents needs to be translated into concrete decisions aiming at identifying the risks in terms of human and child rights, at taking the necessary measures to mitigate such risks, and finally ensuring that victims of potential violations get proper reparation. Stakeholders involved in the organisation of mega sporting events are certainly familiar with such processes of risk assessment and management. What many actors are now requesting from sport governing bodies is that these should be applied in the area of the stakeholders’ responsibility to respect human rights.

We must engage in dialogue with the governing bodies at a global level in order to bring about these changes. As already mentioned, this is producing results. However, this strategy must be complemented at a national and local level in order to be truly effective. Indeed, it is the host cities and/or the national sport organisations who make the decisions that really change the lives of people impacted by mega sporting events. Thus, having host cities sensitised to the importance of human rights and anti-corruption should be non-negotiable when seeking the effective implementation of such a framework.

Processes at ground level have already started. The involvement of stakeholders including communities or trade unions are, for example, foreseen in the frame of the Paris 2024 Olympic Games. The same applies in the preparation of the bid for Euro 2024, where cities hosting matches will be required to take into account the new human rights requirements – including labour and child rights – designed by UEFA in its bidding documents of May 2017.

It is important that the work at global level is reinforced by implementing strategies at national and local level. Initiatives at both levels should be mutually supporting each other.

The implementation of human rights due diligence by organisers of mega sporting events in particular – and the world of sports in general – is now at an important crossroads. Sport governing bodies have to show that all this is not only about having good intentions and nice words on paper but also thoughtful, concrete and accountable ways of implementation.

For this reason, there still needs to be a reality check. Local stakeholders such as host cities, national sports federations or impacted communities have an important role to play to make the commitment to human rights due diligence become a reality.