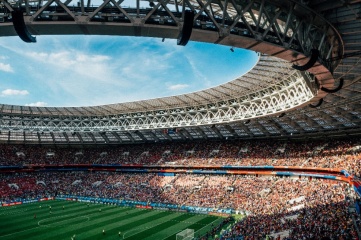 [Source: IAEH] The International Association of Event Hosts has published the results of a survey conducted to understand the impacts of the pandemic on members’ events in 2021. IAEH members in Asia, Australia/New Zealand, Middle East, Europe and North America participated in the survey. The results show that the impacts and responses differ according to geographic location.

Plans for ‘stadium’ events to re-commence

o             In Australia and New Zealand ‘stadium’ events have either already re-commenced or are planned to re-commence with full capacity in April 2021.

o             For members hosting ‘stadium’ events with restrictions, the limits that apply are of no more than 50% capacity.

o             Some members also reported that restrictions are being imposed according to social distancing rules rather than percentage of capacity.

o             The majority of host organisations have actively put in place measures to support the events industry. 50% of organisations reported event-specific initiatives in addition to general national government support.

Guidance for staging major events varies across the world

o             50% of members responding are using external resources - some based on resources from the World Health Organisation, others based on national or regional advice.

The survey was completed by 24 IAEH member organisations between 8th and 29th March 2021.  A similar survey was conducted by the IAEH in May 2020. Comparing the results, a significant difference is on planning for ‘stadium’ events to re-commence.

In 2020, the level of uncertainty was much higher and the large majority (80%) of host organisations reported that there was no planning date for ‘stadium’ events with an audience to re-commence. Whereas in 2021, 76% answered that there is a plan date, with specific restrictions or full capacity.

The support measures also developed significantly since May 2020 and now the majority of host organisations have actively put in place measures to support the events industry.