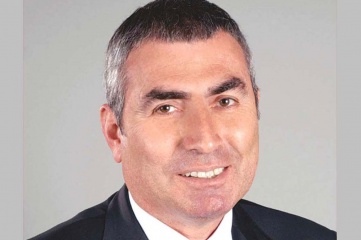 Prof. Dr. Ugur Erdener is speaking at Host City 2016, the largest meeting of cities and sports, business and cultural events

Host City: What do you see as the most important issue facing major events today and why?

Prof. Dr. Ugur Erdener: Unpredictable international political situations, which result in security and economic issues, are much more in focus in the modern world. Then there is doping and match fixing – both serious issues that cannot be overlooked. Protecting clean athletes is a particular priority of mine.

How is World Archery leading the fight against doping?

As a lower risk sport our emphasis has progressively shifted towards education. However, we increased the number of in- and out-of-competition tests taking place in 2016 following two cases at the start of the year.

Both were rooted in a lack of knowledge and attributed to accidental use rather than performance-enhancing doping. These cases are very sad, as they are not intentional and are completely avoidable.

In the lead up to Rio 2016, World Archery actively targeted Russian athletes for doping control, which – in the end – allowed us to prove beyond reasonable doubt that they were not implicated in any doping activities. That allowed them to compete in Rio at the Olympic Games. I believe that we had to protect clean athletes' rights for participating in the Rio Games.

The archery competition at the Olympic Games in Rio was great success. Our broadcast hit record numbers in Germany, France and Korea, and received excellent viewing figures in the USA and other major markets.

The quality of the competition on the field of play was excellent, featured athletes from 56 countries, and we ended with medals going to four of the five continents.

What for you will be the greatest legacy of Rio 2016?

Seven years ago, Brazil did not have a fully-formed archery team. Now, the nation has several professional archery athletes, and a good coaching and judging structure. If progress continues, Brazil will soon be challenging for medals.

World Archery substantially increased its worldwide exposure across all kinds of media. There was a 52 per cent rise in the number of Facebook fans during the Games period.

In general, we can say there is a huge transformation in the city, a big legacy related to many high level sports facilities – and of course their management and maintenance will be important going forwards.

As a speaker at Host City 2016, what are your expectations of this important event – what do you hope to share and learn?

Host cities are critical partners in the success of any event. As a sport federation, we are constantly working to see how to better exchange expectations and expertise with our host cities, to ensure our events are a win for both parties.

Hopefully, this event promotes and nurtures this positive collaboration.

Why is it important for cities and rights holders of sports, business and cultural events to have the opportunity to connect at Host City 2016?

Not only is it important for sports – or event rights holders – and cities to find the correct fits, for both parties, but be able to define common objectives that allow them to work together to deliver results for both parties in a true partnership.