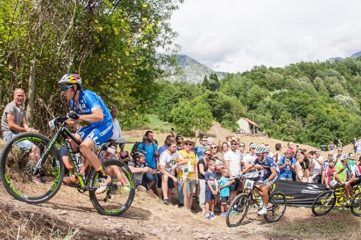 Four individual European cycling championships for road, track, BMX and mountain biking will all take place in the Scottish city.

Glasgow will become the first city in the world to simultaneously stage four Olympic-discipline cycling championships within its boundaries following a host city agreement (HCA) between the Glasgow 2018 European Championships and the Union of European Cycling (UEC).

The European Championships is a new multi-sport event that will see the continent’s leading athletes compete for career-defining moments of glory at world-class venues throughout Scotland. The first edition will be held in 2018 in a unique sporting partnership between Host Cities Glasgow and Berlin. It will combine the existing European Championships of athletics, aquatics, cycling, gymnastics, rowing and triathlon along with a new golf team championships at the famous PGA Centenary Course at Gleneagles.

An action packed 11-day sports schedule will begin on August 2, 2018 with 10 days of television coverage providing a seamless viewing experience for a potential TV audience of more than one billion across Europe.

The four individual European Cycling Championships for road, track, BMX and mountain biking will all take place in Glasgow attracting 650 of Europe’s top cycling names to the Sir Chris Hoy Velodrome at the Emirates Arena, the Cathkin Braes Mountain Bike Trails, the streets of Glasgow and a new world championship and Olympic-standard BMX track to be built in the Knightswood area of the city.

David Lappartient, president of the Union Européenne de Cyclisme, said: “For the first time ever in cycling, four major European Championships will take place in the same city and will last two weeks. This is a historic moment for European cycling enabling us to forge ahead with our development programme.

“The city of Glasgow has always loved the bike and is an ideal venue for combining the tradition of Road and Track cycling with the modernity of BMX and Mountain Bike, in a setting that will be particularly appreciated by all fans and experienced cyclists.

“We are looking forward to this experience with great enthusiasm in the knowledge that these 2018 European Championships promise to be a great success.”

British Cycling’s cycling director, Jonny Clay, said: “It’s fantastic to have the European Championships coming to British soil. With the 2014 Commonwealth Games , a national road race championships, and two rounds of the track world cup all hosted in Glasgow, the city’s appetite for cycling knows no bounds and the Championships will no doubt draw the crowds from across Britain.”

Glasgow 2018 will see a major BMX event come to the city for the first time ever and the new track at Knightswood will leave a lasting legacy for the sport in Scotland.

Glasgow 2018 Championships director Colin Hartley said: “Cycling has historically attracted wide support in Scotland and we are delighted to be bringing four different disciplines to Glasgow 2018.

“With cycling events spread across the city and competition on the streets and roads of Glasgow and surrounding areas, we hope to give as many people as possible the chance to see sporting history being created.

“Moreover the creation of a world-class Olympic standard BMX venue in Knightswood will provide a long-standing legacy for the sport beyond the Championships.”