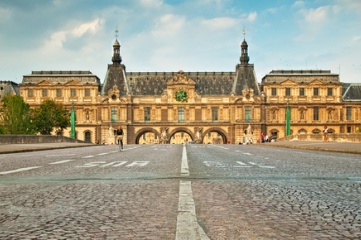 The new annual gathering of the world sports economy is organised under the patronage of UNESCO and the high patronage of Emmanuel Macron, President of the French Republic.

The event will bring together 1,500 delegates and more than 100 international media around an agenda focussed on the future of sport at the intersection of business and society.

On the programme are issues ranging from sport’s role in driving gender equality to the impact of digital transformation on the industry’s core business model. Sports tech and social business also feature strongly.

Major sponsor brands including Dow, adidas and EDF are also expected to share their vision of a sustainable future, alongside media executives including Yannick Bollore, Chairman of the Havas Group and the Vivendi Supervisory Board.

On Friday, Global Sports Week will be the stage for key carbon policy announcements from the All England Lawn Tennis Club (Wimbledon) and the French Football Federation in partnership with the French ministry of sport.

French sports minister Roxana Maracineanu will host a meeting of her international counterparts on the sidelines of the summit.

The agenda for Global Sports Week Paris has been significantly shaped by a group of 50 under-25s, drawn from 22 countries, and billed as representatives of a new global generation.

Global Sports Week Chairman Lucien Boyer explained: “We believe it is crucial to understand the interests and expectations of the emerging consumer generation if sport is to continue to grow its influence and impact in the world.

“On climate, we hear very clearly the young generation’s clamour for change. Sport itself faces tangible impacts, but it also has a great potential to contribute to solutions.

“We hope Global Sports Week can be a place to put some new ideas into action.”

Global Sports Week organisers confirmed details of the event’s own sustainability practices, which include no single-use plastics; zero waste; and the use of 100% recycled materials in the site build and overlay.