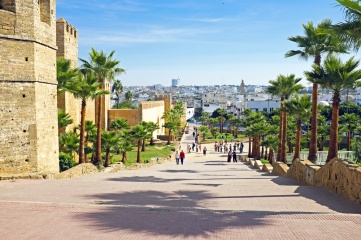 The Confederation of African Football (CAF) has turned down a request from Morocco for the 2015 Africa Cup of Nations national team event to be postponed due to the outbreak of the deadly Ebola virus.

Morocco, which is scheduled to hold the tournament from January 17 to February 8, had asked CAF for a postponement due to the increasingly critical situation, particularly in Western Africa.

Several countries have imposed restrictions or monitoring systems for flights arriving from countries affected by the virus, with more than 4,000 people having died since the start of the year.

Hamid Faridi, an adviser to Moroccan Sports Minister Mohammed Ouzzine, told Atlantic Radio on Saturday that Ebola was “a major health problem” and added: “The overall interest of Morocco, Moroccan and African citizens, counts above all.

“Morocco drew up its request on the basis of very serious health recommendations. We cannot, in any case, move towards taking a risk. The principle of precaution must prevail.”

CAF said: “CAF has registered the request and wishes to state that there are no changes of the schedules of its competitions and events. It must be noted that since the first edition in 1957, the Africa Cup of Nations has never witnessed a deferral or a change in schedule.

“CAF has also been cautious since the commencement of the final round qualifiers of the Orange Africa Cup of Nations Morocco 2015 on the health risks posed by the Ebola virus and has consistently applied precautionary principles, taking into account the recommendations of the World Health Organisation and various medical experts.”

CAF did say that the matter would be discussed at its next executive committee meeting on November 2, with further talks planned with the local organisers in Rabat, one of the tournament’s host cities, on the following day. CAF has placed an indefinite ban on Sierra Leone, Liberia and Guinea from hosting games.

In September, Guinea was one of three countries to be awarded hosting rights for future editions of the competition. In July, the Seychelles forfeited a home qualifier against Sierra Leone due to Ebola fears.