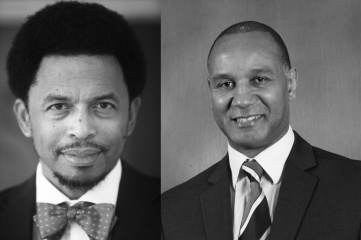 The Committee also includes Densign White MBE, who is speaking with Brian Lewis at Host City 2020 on “The Impact of the Black Lives Matter Movement

[Source: SIGA.] SIGA has taken another significant step to promote good governance in Sport by today establishing a Standing Committee on Race, Gender, Diversity, and Inclusion.

This new Standing Committee is set up against a background of increasing incidents relating to racism, gender inequity and other forms of negative discrimination across the global sports industry.

The new SIGA Standing Committee will build upon the important work of a multi-stakeholder Task Force that SIGA established earlier this year on this same topic, leading to a series of cutting-edge recommendations that were publicly announced just two months ago during the first-ever Sport Integrity Week. Such recommendations included a review of the SIGA Universal Standards on Good Governance in Sport to include new evolving good practices in this area, such as unconscious bias training for employees of sports organisations, by way of example of a new gold standard.

“Look around us. Can any of us be insensitive to what’s happening around us and pretend it’s not our business? Of course, not! Sport can do more. Politicians and business leaders can do more. Each one of us can do a lot more to eradicate racism and inequality, in all its forms, from Sport and, through Sport, from our society. And, if we can, we must!

As we enter into a slow and painful recovery from the global pandemic, there is no better time to remember that, in Sport as in life, regardless of race, gender, place of birth, zip code, religious beliefs or sexual orientation, everyone must be entitled to the same rights and opportunities as others. This is a fundamental human right, and it is our moral imperative to do everything in our power to make sure that respect, tolerance and equality are more than just words. With the SIGA Standing Committee on Race, Gender, Diversity and Inclusion we will muster the leadership and foster the necessary culture change.”

“The SIGA Standing Committee on Race, Gender, Inclusion and Diversity is historic and significant with an incredible opportunity to be a force and catalyst for positive change within global sport. To be asked to chair the Standing Committee is an awesome honour and responsibility. Coming from a small Caribbean Island it’s a significant statement of inclusion and diversity by SIGA.” Leading the Way for Sport Integrity Worldwide

“I am proud to help lead SIGA’s initiatives around race, gender, diversity, and inclusion, as we work toward sport environments inclusive of all athletes. Leveling the playing field and creating systemic culture change begins with promoting athlete safety and well-being. I welcome the opportunity to apply what we have learned here in the U.S. and to work with experts from around the world with the goal of influencing change on a global scale.

The full composition of the SIGA Standing Committee on Race, Gender, Diversity and Inclusion in Sport is a s follows: