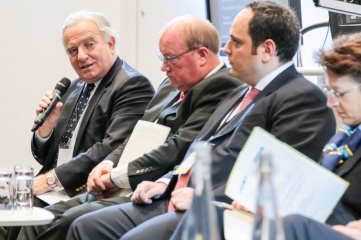 [Source: ASOIF] The Association of Summer Olympic International Federations (ASOIF) today released a position paper titled “The solidarity model of organised sport in Europe and beyond - A stable platform for collaboration”, aimed at contributing to a better understanding of the role International Federations (IFs) play in the global organisation of sport, and to a more informed debate on its future.

Primarily addressed to public authorities in Europe and beyond, sport organisations and the business sector, this paper was developed against the backdrop of ongoing discussions at European level on how to best safeguard values-based sport while IFs regularly face challenges to their operations, including proceedings and lawsuits in various territories. In particular it aims to provide a proactive and constructive response to the Resolution on the key features of a European Sport Model recently adopted by the European Union’s Education, Youth, Culture and Sport Council. The Resolution asks the sport movement to support the key features of a European Sport Model which reflects the worldwide solidarity model of organised sport. It also calls upon the sport world to further explore and continue ongoing discussions with all stakeholders and acknowledge the diversity of approaches and new developments across different types of sport, in line with values-based organised sport.

ASOIF President Francesco Ricci Bitti said about the new position paper: “In our ever-changing world, the relevance of sport keeps growing. Every day, new stakeholders become involved in the sport sector. That is not necessarily a bad thing, but it renders the role and activities of IFs, and the Olympic Movement at large, more complex. This situation also makes it more urgent to safeguard the values of the solidarity model of organised sport while still embracing progress and new ideas. I am convinced that the two can go hand-in-hand.”

He emphasised: “However, public authorities, sport organisations and the world of business must all work together if we want to tap the full potential of sport. Our paper aims to go beyond declarations, setting out solutions that we believe are fast, solid and sustainable.”

The document explains the role and diversity of IFs as worldwide governing bodies of their respective sports; it outlines the solidarity model of organised sport and details its key features; and it looks at other models of sport organisation, recent trends and developments which keep transforming the world of sport, providing both opportunities and challenges. The proposed framework at the end of the paper contains clear commitments on how IFs, public authorities and commercial entities can work together efficiently, expanding on the recent reflections of the European institutions and beyond.