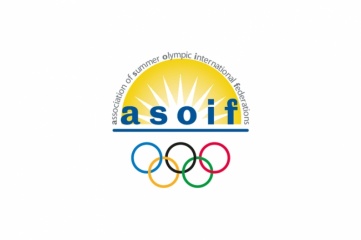 [Source: ASOIF] At its first meeting of 2021, the Council of the Association of Summer Olympic International Federations (ASOIF) today agreed to organise its General Assembly virtually on 8 June, due to the ongoing global pandemic. This year’s annual gathering of the ASOIF member federations will feature the election of three Council members.

In another move to continuously enforce good governance, the ASOIF Council discussed arrangements for the fourth ASOIF review of IF governance and endorsed the launch of a pilot study on organisational culture within IFs.

ASOIF President Francesco Ricci Bitti said on this occasion: “It’s important to have rules and regulations in place, but we all know that the behaviour and actions of people play a large role in how an organisation really functions. Our new pilot study on organisational culture is a complex exercise but we are convinced that the outcomes will be highly beneficial to our member federations.”

The Council also reviewed the latest developments in the final preparations for the Tokyo 2020 Olympic Games and welcomed the COVID-19 countermeasures “Playbooks”, which also lay out the framework for IF operations at Games-time. ASOIF and its member IFs remain fully committed to delivering successful and safe Games in Tokyo. Everybody is working hard to find practical and fair solutions regarding the Olympic qualification process.

With the pandemic having accelerated the interest and participation in virtual simulations of IF sports and disciplines, the Council endorsed an esports project to explore strategic and business options for all IFs to engage with gaming/esports.