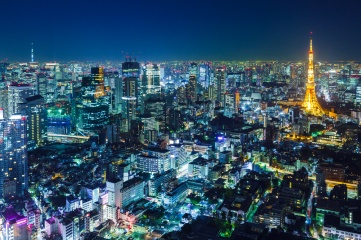 The Tokyo Metropolitan Government and the Tokyo Organising Committee of the Olympic and Paralympic Games have appointed engineering design firm AECOM to advise on the development of venues and infrastructure for its 2020 hosting of the multi-sport events.

Arup, which was appointed to serve as the lead adviser of the 2020 Games earlier this month, will work alongside AECOM to contribute towards strategy for the overall delivery of venue design and construction.

AECOM will also review the Games’ master plan and advise on the associated transportation, security, sustainability and legacy components. It will be the global company’s third consecutive Olympics after it was also responsible for the London 2012 and bid-winning Rio 2016 Olympic and Paralympic Games master plans.

“Olympic Games are an important part of AECOM’s success in regenerating and promoting cities around the world,” Michael S. Burke, AECOM president and chief executive, said. “By harnessing our global expertise as the world’s premier fully integrated infrastructure firm, AECOM will be able to support the Tokyo Olympic Organising Committee in delivering a memorable Olympic Games.”

Part of AECOM’s presence around the Games preparations will be to hold a number of workshops in Tokyo focused on the delivery of the Games and its subsequent legacy.

Meanwhile, the Korean government has confirmed that the opening and closing ceremonies for the 2018 winter Olympics in PyeongChang will take place in the city.

The decision backtracks on a proposal to renovate an existing sports centre in Gangneung to host the ceremonies in order to rein in costs. A purpose-built facility will now hold the events in PyeongChang.

The Gangneung plans had proved deeply controversial and a protest group said in a statement on Monday: “If the government goes through with the plan to move the opening and closing ceremonies outside PyeongChang, we will stage a boycott of the Olympics. If they were moved to Gangneung, it should be called Gangneung Olympics. It is outrageous for the government to be even considering such a move with only just under four years left until the Games.”