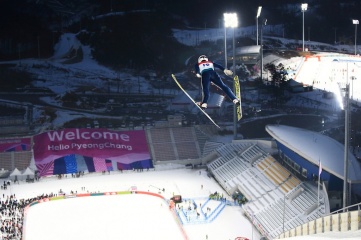 Spectators may be forced to book accommodation outside of the Olympic areas.

The PyeongChang 2018 Winter Olympic Games organising committee is working to enhance and develop accommodation after concerns were raised over a shortage of rooms.

At February's PyeongChang 2018 Chef de Mission Seminar, it was reported that while construction and planning for the Games venues were impressive, accommodation and transport links were an issue.

Because of a potential lack of rooms in the mountain and coastal clusters, spectators may be forced to book accommodation outside of the Olympic areas. Some may even have to travel from the capital city Seoul, which is more than an hour away by high-speed rail and more than two hours away via the expressway.

At a PyeongChang 2018 roadshow organised by the Korea Tourism Organization in London, officials were asked what is being done to allay the fears of a shortage in rooms. Hyung Koo Yeo, secretary general of the PyeongChang Organising Committee for the 2018 Olympic and Paralympic Winter Games (POCOG), told media that adjustments were being made for accommodation.

He said: "Regarding the client groups there are 21,000 rooms accredited by the IOC. The accommodation development plan is in progress regarding the contracts with various stakeholders and there are some changes such as cancellations, some additional reservations. We are in the process where we adjust these type of things.

"Regarding the spectators the host cities are preparing for this. We are in the process where we enhance and develop the quality and environment of these accommodations."

During the 2018 Winter Olympic Games 12 competition venues will be used, with six new venues purpose-built for the event. Four of the six venues – Gangneung Oval, Gangneung Ice Arena, Gangneung Hockey Centre and the Kwandong Hockey Centre – are 100% complete. The Jeongseon Alpine Centre and Alpensia Sliding Centre are 86.7% and 94.15% completed respectively.

According to POCOG overall construction progress of venues is at 96.8% as of April 17.