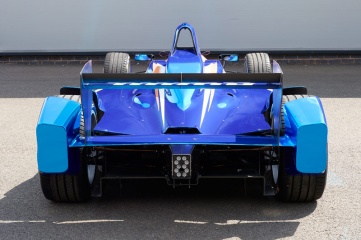 Formula E Holdings are to stage a demonstration event in central Tokyo in the run up to its second season, motorsport.com reported on Wednesday.

The news follows statements made by CEO Alejandra Agag to HOST CITY at the London Championship in June that Formula E plans to add another Asian city to its calendar, along with other new host cities.

“We are looking at another race in Asia – and we would like to race in the Middle East,” Agag told HOST CITY at a press conference in Battersea Park hosted by logistics partner DHL.

“We are looking at a race in Switzerland because there is a change in law which means we can race there.”

Cities around the world are expressing an interest in hosting Formula E, he said.

“We have probably over 200 cities that have asked. It is not the same thing when you tell them what you have to do, this is what it’s going to cost you, the implications and so on – then it filters down. There are some cities that really want it and others that are just asking to see how it works.

“Realistically we will add five or six new more races in three of four years.

“We’ve been in discussions with DHL to figure out the logistics; we want to reduce the carbon footprint of the championship and we want to go to new locations.”

The host of a race on March 16 remains unconfirmed, with Mexico City said to be the most likely candidate.

The test event in Tokyo will help to build Formula E’s reach in Japan, where Aguri Suzuki heads up Team Amlin Aguri in the championships. The country is also a leader in automotive and green technology.

Formula E has a multi-year broadcasting partnership with Japanese broadcaster Asahi, which released viewing figures of 15 million for the opening four races of the 2014/2015 season.