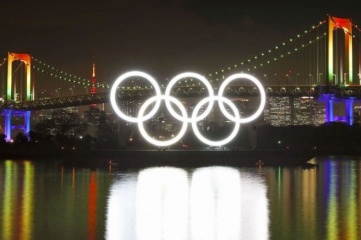 Jordan Olympic Committee welcomes the honour of hosting the Asia and Oceania boxing event, which has been moved from Wuhan

The event was due to place in Wuhan on those dates but was cancelled due to the coronavirus outbreak.

In a statement, the JOC said it “promises to provide a warm welcome and unforgettable experience for all athletes travelling to Amman for the all-important Tokyo 2020 Asia and Oceania boxing qualifier. As the leading organisation for sport in the Kingdom, hosting this major international sporting event underlines the JOC’s commitment to delivering world-class events and empowering all Jordanians to participate in sport.”

Jordan Olympic Committee President HRH Prince Feisal said: “It is an honour for Jordan, the Jordan Olympic Committee and the city of Amman to have been selected to host the Tokyo 2020 Asia and Oceania boxing qualifier. We are very proud that the BTF has recognised Amman as a city capable of hosting an international event of this magnitude at short notice and we look forward to repaying their trust by delivering a successful event.

“Jordan has a proven track record for hosting world-class international sporting events and this is another ideal opportunity to introduce more sport to tens of thousands of young Jordanians throughout the Kingdom.”

In recent years, Jordan has hosted the IWWF Jordan Ayla Cable Wakeboard World Cup 2018, the 14th Arab Junior Volleyball Championships in 2017 and the 2016 FIFA U-17 Women's World Cup, which saw more than 100,000 fans and 32 teams travel to Amman.

The BTF was created by the IOC Executive Board (EB) in June 2019. This followed a decision by the IOC Session to keep boxing on the sports programme for Tokyo 2020, but to suspend IOC recognition of the International Boxing Association (AIBA) due to concerns over finance, governance, ethics and refereeing and judging.

The IOC EB gave the Boxing Task Force the mandate to organise and deliver the five qualification events for boxing and the Olympic boxing competition in Tokyo, and to develop a Tokyo 2020 qualification system for boxing.