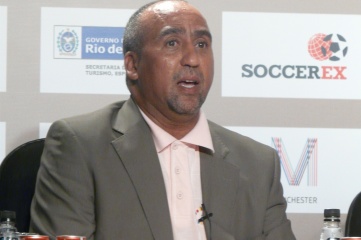 The South African Olympic Committee is preparing to propose to the government a country-wide Olympic bid, according to a leading city sports official

The South African Olympic Committee is said to be contemplating a country-wide bid for the 2024 Olympic Games, inspired by the IOC’s recent Olympic Agenda 2020 reforms.

“The country now has taken a different view of it, taking more of a country approach than a provincial,” Ivor Hoff, head of sports at Gauteng Province told HOST CITY exclusively.

“Because of the new IOC bidding and hosting criteria, the country will take this into consideration.”

But now, the South African Olympic Committee is instead said to be reviewing its bid for the 2024 Olympic Games and putting forward a proposal that links a number of host destinations.

“When Sam Ramsamy came back from [the IOC Session in] Switzerland he reported he is going to make a presentation to the South African parliament.”

As South Africa’s parliament is in recess this week, Hoff expects Ramsamy to make the presentation next week.

“Sam will make the presentation and decisions will be taken from there.”

Agenda 2020 opened up the Olympic bidding process to allow for bids to be spread across more than one city.

“One city was quite a problematic approach, because it could potentially bankrupt that city,” said Hoff.

Ivor Hoff was a key figure in hosting the 2010 FIFA World Cup, with a particular focus on legacy benefits for health, education and housing.

“Based on a really positive 2010 FIFA World Cup, we’ve got a good understanding of how the country can benefit from hosting major events.”

South Africa has until 15 September 2015 to define its applicant for the 2024 Olympic Games.

So far, Rome and Boston have announced their intention to bid. The host city will be elected at the 130th IOC Session in Lima on 15 September 2017.