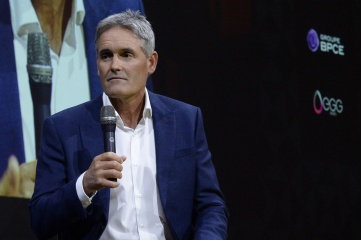 SailGP was launched just last year, but already the event is moving as fast as the catamarans that fly through the waters of its growing number of host cities.

From the off, SailGP co-founder and Oracle CTO Larry Ellison made a decision that he wanted to go to great cities. SailGP co-founder and CEO Sir Russell Coutts KNZM CBE tells Host City: “That was the right move. We needed to establish ourselves in our first year, so we went to San Francisco, Sydney, New York, Cowes – which is an iconic sailing venue – and Marseilles. These are iconic cities with great waterfronts. You are showing the city in a way that doesn’t normally get shown.”

After a successful opening season, SailGP commissioned Deloitte to do an economic impact study. “We looked at the data and we returned an average of USD 23m per event last year, which is a great starting point. That’s creating value.”

With this information, the event owner started to attract prospective hosts. “We approached them last year to go there; and now it’s a different story. we’ve got venues approaching us”

Two new nations have already joined the programme: Denmark and Spain. “Spain’s exciting because Spanish is widely spoken, and also they are going through a purple patch in their Olympic sailing programme, with a huge pool of talent. So we know that team will be very competitive almost from the word go.

“We are also looking to partner with venues that fit with our sustainability messaging too. Copenhagen is fantastic in that regard. They have a huge focus on clean energy, and where we are racing you are going to see some wind farms right there.

“Sailing is powered by nature. Our boats can go three or four times faster than the wind, as strange as that sounds! If you sent out a helium balloon, one of our boats would be get there at least two and a half times faster.”

SailGP aims to link each venue with a team, with a single team per nation. “There are a lot of logistical challenges we need to solve to do that, but I can confidently say that we’ll get to eight teams very quickly.”

“Beyond that we are going to have to address some hurdles. If I look way ahead, which might be five years’ time, I can see the potential to have two groups – let’s say we get 12 franchises, two groups of six with a grand final at the end where the top teams of each group meet each other.”

The fact that the teams are national is important to the appeal of the event. “We’ve got to build national pride in these teams and a following. For a start off we’ve made a commercial decision, which some may say us a compromise, that we are not selling a title to any of the teams. We could get money if we sold a title, but the affiliation with the country is the main thing.”

“If you look at events like the Olympics, people follow them and they may not even know of any of the athletes – they just want their country to win. That’s an association you can create. Our branding is very much focussed around that.

Another key motivating factor for audiences is personality. “If we can get one personality in each country that becomes well known as a personality – the Ben Ainslie type connection – then we’re winning, were giving people a reason to connect.”