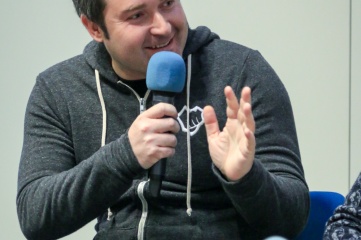 [Source: Riot Games] Riot Games today reveals the economic impact the first League of Legends European Championship (LEC) Finals had on the host city of Rotterdam. In association with Burson Cohn & Wolfe Sports, the leading firm within host city partnerships, Riot Games developed a programme inspired by traditional sports structures that saw over 40 cities bid to host the first LEC Finals. Analysis of the LEC Spring Finals held at the Ahoy Arena in Rotterdam on April 13th and 14th shows impressive economic impact that outperforms other sports events of similar size and length, in hockey, soccer and basketball.

This economic impact analysis concludes that the LEC Spring Finals contributed €2,358,417 to the local economy of Rotterdam. The study combines personal on-site surveys with Riot Games' verified accounts and ticket-sale data from the event and found the average guest spent €52.6 per day and 87.13% of the event's guests were non-local visitors. Alongside the measurable impact, the study also found additional impacts such as the future potential of tourism with visitors stating they would be willing to travel long distances to visit the LEC. The Spring Finals hosted visitors from China, South Korea, Peru and 37.83% of international visitors stated they would consider moving to Rotterdam if the right job opportunity became available.

The Riot Games host city process, which was the first of its kind in esports, has been in development since 2018 and the high demand from host cities has resulted in Riot Games expanding their programme with cities being invited to bid two years in advance with applications for 2021 now open.

"Esports is maturing. We're establishing processes based on long-standing sports to elevate the industry and to develop the ecosystem further," said Alban Dechelotte, Head of Business Development and Sponsorships for the LEC. "At the same time we're offering something traditional sports doesn't have, a younger tech-oriented audience, and this provides tremendous value for cities looking to attract a hard to reach demographic. Whilst the broadcast potential of esports means we're able to promote a city on an international scale. Streaming knows no borders."

"We've assisted many sports rights holders in their host city partnerships, but the interest for esports is at a level we have never experienced before," said Ronnie Hansen, Director of Sports Practice for Burson Cohn & Wolfe Sports. "Our study shows an impressive economic impact, outperforming other sport events of similar size and lengths. The reason is very simple; the share of non-local guests is substantial and the spend from a young, well-educated demography is high."

"We were thrilled to host Riot Games in our venue (2016 for the EU LCS and 2019 for the LEC Spring Finals). Our indoor arena is made for big and exciting sporting events and is the perfect location in Rotterdam, and even in the Netherlands, for esports tournaments. Amazing atmosphere, great audience and we would love to host more esports events in the future!", according to CEO of Rotterdam Ahoy, Jolanda Jansen.

The LEC launched in January 2019 and quickly became the most viewed esport league in Europe with a 25% increase in average viewers per minute for the final weekend from 2018. The league has also signed a significant number of mainstream sponsors including Shell, Kia, Beko and Footlocker and the number continues to rise with more sponsors being revealed this Summer.

The bidding process for 2020 is already closed by applications are open for 2021.To find out more about the host city bidding process please visit: https://bcw-sport.com/league-of-legends-host/

Alban Dechelotte is speaking at Host City 2019, the largest meeting of cities and sports, business and cultural events. Register here