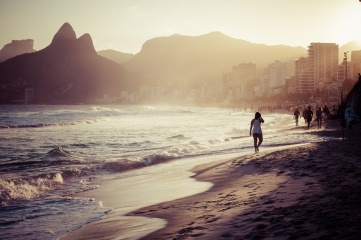 Many observers have questioned Rio’s ability to meet its obligations for the 2016 games.

Rio's venues will be ready to host the Olympic and Paralympic Games in 2016, despite the slow start to construction, the event's communications director said at Host City: Bid to Win on Tuesday.

“There is not a chance in the world that Rio will not be ready venue wise,” said Mario Andrada, executive director of communications, Rio 2016 Olympic and Paralympic games.

“The construction of the Barra Olympic park is coming off the ground and the whole Olympic village will be ready around mid-2015,” Andrada said.

The comments were made at Host City’s unique Bid to Win event in London, where event organisers, bidding committees and rights holders were able to discuss issues related to bidding for major sports and cultural events.

Many observers have questioned Rio’s ability to meet its obligations for the 2016 games.

Long-term legacy issues underpin investment plans for Olympic construction projects and Rio intends to transform areas of the city using the Games as a catalyst, by using a mixture of public and private investment.

“This [the Barra Olympic Village] is a private enterprise and after the Games will be sold as condos – and there has been a complete redesign of the transport system in the area.”

Andrada explained the reasons why certain aspects of its Olympic Games preparations have been called into question.

“The Deodoro was a little late but we are now moving ahead and catching up. It is important to know in our case the bar is set really high following London but we have to mindful of our spending and our obligations to the Brazilian people. This is one of the reasons why we started the Deodoro a little late,” Andrada explained.