"The rich and varied opportunities for cities" - Host City News

Home
»
News
»
"The rich and varied opportunities for cities" 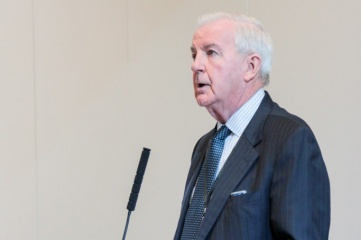 Ladies and gentlemen: happily, welcome back to Glasgow. Clearly the city is very happy to host this important conference as it grows in reach and importance each year. And the rich and varied opportunities for cities which host events can be seen from the whole range of topics that you will discuss.

From a purely sports point of view, the Glasgow experiences make pretty interesting reading. This city has roughly 800,000 people, although the Clyde valley conurbation is around two million, many in close proximity. This is a relatively small population, but the city in the eight years from 2012 to 2020 has hosted, or will host, major events in football, cycling, netball, swimming, athletics, tennis, gymnastics, judo, curling, badminton, golf, rugby, rowing and triathlon – with Paralympic swimming to be added to the list.

Some other numbers can also be added to the list of credits: a contribution to the economy of the city of £370m; an investment in sports facilities since 2009 which totals around £200m; attendance figures in 2015 at sports facilities in Glasgow of 6.4m people, with 800,000 at the World Gymnastics Championships in the new Hydro Arena – an event which produced the best presentation of indoor sports that I have ever seen.

Now the reason for this boom in sports activities is not too difficult to find. The 2014 Commonwealth Games were a triumph for the city. Following the success of the 2012 London Olympic Games they showed just what can be achieved with some good planning of facilities, their legacy, then promotion, enthusiasm and organisation – to say nothing of the overall benefits to the city to be garnered from worldwide television coverage and exposure, and a huge growth in digital media conversation and interest.

But not all cities are lucky enough to have the opportunity organise one of the big multi-sport events and use this as a catalyst for facility development and public interest – although the 2018 European Sports Championships is an interesting development along the same lines, but with a more modest footprint.

Hosting events – and in particular sports events – is an ever more competitive business, although there is clearly a mismatch between enthusiasm for what I might call individual events as opposed to major multi-sport events.

The IOC have struggled to attract anything like the number of cities for Olympic Games compared to those years ago when many more put their names forward. And the new bidding rules under Agenda 2020 are hoped to be the antidote required. With the loss of Rome for 2024, the jury is on this is still out.

The Asian Games appeared to be less affected, with the number of large – 10m people – cities in China providing enthusiasm for the bidding process, which rather replaces the efforts made over the years by Korea with almost 30 years of experience.

But for individual sporting events, the world is a very very active place. Auckland in New Zealand is more than active with rugby, cricket, hockey and sailing.

If you head south, Sydney and Melbourne offer attractive options for sailing, for surfing, for rugby, tennis, Formula 1 and many others. Australia will also host the 2018 Commonwealth Games in the Gold Coast, with mutterings of a possible future Brisbane Olympic bid.

In golf there is much enhanced interest in continental Europe with future Ryder Cups in France and Italy and the new developments in Antalya in Turkey offering a whole range of new and impressive sports facilities will inevitably lead to hosting opportunities.

The agenda for Host City throws up a whole series of issues which will apply to almost any event held by and promoted by a host city…. But returning to the sports theme, it would be wrong of me not to refer to the challenges you will discuss on the integrity of sport.

Sport has gone through and still goes through a difficult period due to clear abuses of the standards on doping matters. These have brought extreme challenges to sport, to its major events, its federations and have encouraged huge media comment, very little of it favourable.

Issues of governance of sport and criticism of how it selects its host cities have added fuel to the fire. However, I was recently in Tokyo, host city for the 2020 Olympic Games and I am encouraged by the enthusiasm and excitement in both city and country at the prospect of hosting the Games in 2020.

Despite the inevitable arguments about possible venue changes and money – subjects that are endemic in any Olympic city and its organising committee – the Japanese ability to seek long term legacies that are relevant to their society and provide opportunities to showcase their own innovative technologies offers the Olympic movement a real opportunity to change the scepticism which appears to exist and which elicits much comment.

And this I find to be really exciting and may well be a force for greatly increased enthusiasm for Olympic and other multi-sport events. And if the Tokyo experience is proved to work, there must be a chance of a distinct on-going effect in many other similar events.

So with this rather enthusiastic view of the future I leave you to your debates; to the new ideas that will be generated; to the new experiences and friendships that are the mark of a good conference; and to a really happy visit to Glasgow, which is the whole point of being a welcoming host city.

This article is an edited transcript of Sir Craig Reedie’s keynote address at Host City 2016. To listen to the full address and other sessions, visit www.hostcity.com/hc2016/audio