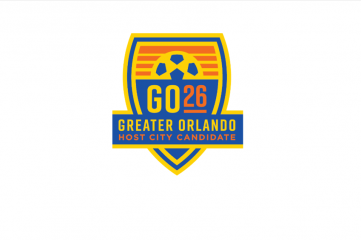 [Source: Greater Orlando Sports Commission] The FIFA 2026 World Cup™ candidate city of Orlando will play host to some of the biggest names in international soccer following the announcement of a series of world class matches to be hosted in the city.

Orlando’s Camping World Stadium has been chosen as the venue for the 2021 Florida Cup featuring 2020 FA Cup winners Arsenal, Everton from the English Premier League and this year’s Italian Serie A champions Inter Milan, alongside Millonarios FC, the all- conquering Colombian team.

“We are so happy to be able to bring such a powerful international lineup to Orlando as we connect Europe and South America once again at this summer’s event," Florida Cup CEO Ricardo Villar said. "We look forward to delivering an outstanding training experience for our participating clubs, while also providing an exciting week of action and entertainment to local fans and club supporters in Central Florida for the festivities.”

The festival of football will take place on 25th and 28th July. Tickets went on sale to the general public at 10 a.m. ET on Thursday, June 3.

The news adds to the buzz around Orlando’s “Summer of Soccer”, which also sees the city playing host to international matches of the prestigious CONCACAF Gold Cup, also in July.

Jason Siegel, President & Chief Executive Officer of the Greater Orlando Sports Commission said: “It’s turning into an incredible year for soccer in Orlando and we are pleased and proud that organisers - including CONCACAF, US Soccer and Florida Cup - are recognising this and putting their trust in us. We will deliver a great experience for players and fans alike.”

Mikel Arteta, the Manager of Arsenal FC praised the choice of venue: “We’re very pleased to see our pre-season plans ramping up with the announcement of our trip to the United States to take part in the Florida Cup. The tournament features three good sides that will provide strong opposition, and the training and matchday facilities in Orlando will provide a first-class environment for our preparations for next season.”

Giuseppe Marotta, CEO Sport, FC Internazionale Milano said: “We couldn’t be happier to add a pair of Florida Cup fixtures to our training schedule as we continue our Scudetto celebrations in the U.S. along with our first team. The entire club is excited for the upcoming trip to Orlando for a challenging pair of matches, and the organization is eager for the opportunity to celebrate alongside our many American supporters.”

Enrique Camacho, President, Millonarios FC said: “We are incredibly excited to play in this year’s Florida Cup alongside three of Europe’s most recognizable and accomplished teams, including Everton and stars James Rodriguez and Yerry Mina. It is a fitting challenge and a momentous occasion as we celebrate 75 years of history in Colombia, and we are hungry to compete in front of our fans in Orlando.”

Orlando established itself as the “go to” venue for top flight football during the recent Covid pandemic, where 24 MLS teams were able to meet and compete in perfect safety, across 51 matches and 34 days of soccer.

As spectators return to live sport, Orlando has been awarded six matches of the 2021 Concacaf Gold Cup, to be played as three double-headers on the 12/16/20 July in Orlando’s purpose-built Exploria Stadium, the home of Orlando City SC.

There were more than 40 bids from major markets across the United States interested in hosting the region’s most prestigious soccer tournament. Orlando is one of only seven cities selected.