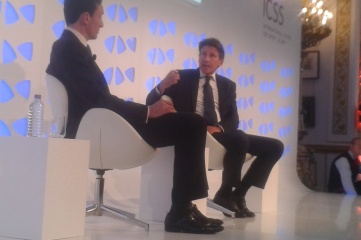 Lord Sebastian Coe, a member of the IOC working group on bidding procedure, says a balance must be struck between regulating bids and allowing personal interaction to take place

Lord Sebastian Coe said on Tuesday that the bidding procedures for major events such as the Olympic Games must retain the “human element”.

As well as being vice president of the IAAF and a key figure behind London’s successful bid, Lord Coe is a member of the Olympic Agenda 2020 working group that is currently reviewing the bidding procedure for the Olympic Games.

“It’s quite dangerous to think that you can choreograph every moment of a bid,” Lord Coe told delegates at Securing Sport 2014 in London. “For a bid to win and gain acceptance you need personal relationships. They have got to work alongside an organising committee for many years – you need to know that the team that is bidding will also make a good organising team."

Lord Coe also contributed to the IOC’s last major review, the Olympic Commission 2000 which, he says, “made it very tough for bidding cities” while bringing about positive changes such as managing interaction between IOC members and bidding cities.

“There’s a balance. We have to be careful not to take the human element out. And it’s hard to be told that you can’t just sit down with an IOC member and explain what the transportation or security strategy is.”

Asked about the issue of gifts, Lord Coe affirmed that he had never been offered or accepted any gifts in relation to bidding procedures.

“We all probably understand the difference between a commemorative plate and a calendar and something more substantive. The law of common sense should prevail.”

The review of bidding procedure will be under discussion at HOST CITY Bid to Win on 28th October in London. Register at www.bidtowin-hostcity.net