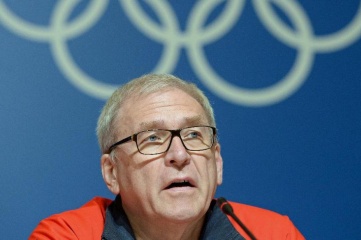 Austria, Germany, Sweden and Switzerland’s NOCs have submitted a paper to the International Olympic Committee (IOC) entitled “Olympic Agenda 2020: The Bid Experience", which proposes a revolutionary change to the process of selecting host cities of the Olympic Games.

The paper briefly explains why all four nations have retracted bids to host Olympic Games in recent years, and sets out what could be done to make the prospect of bidding again more appealing.

The IOC is currently undergoing a deep and wide review into all areas of its activities, with a major focus on bidding procedure. The findings of the “Agenda 2020” review will not be made public until November 2014 but the early appeal from these influential NOCs is a highly significant move.

All four committees have backed out of Olympic bids in recent years. The Austrian Olympic Committee was considering a bid of Vienna for the 2028 Olympic Games while the German, the Swedish and the Swiss Olympic Committees were looking into the possibility of bidding for the 2022 Olympic Winter Games.

“The striking element welding all four committees together is the fact that all above mentioned bids were not lost in the official bid process, but due to a lack in national or at least regional public or political support,” the paper states.

The NOCs of these established European nations spell out the concerns they have about bidding for the Olympic Games.

“Public and politics seemingly fear the high costs of bidding for and hosting the Games, especially in the aftermath of the increase of costs that was witnessed in Sochi as well as concerns relating to human rights and sustainability,” the NOCs said. “The situation is aggravated by the media picturing mistrust in the IOC.”

Another suggestion from NOCs is that the IOC’s role in financing the Olympic Games should be communicated more clearly to the public, pointing out that “the budget structure is quite confusing for uninvolved citizens.”

The concerns of the paper are being addressed by the IOC’s Agenda 2020 Working Group on Bidding Procedure, of which Hasan Arat is a member. To find out more, register for HOST CITY: BID TO WIN conference and hear experts including Arat debating this hot topic on 28th October.