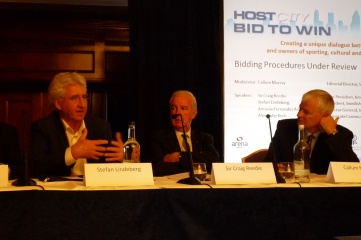 The unanimous support for the IOC's Agenda 2020 programme of reform was remarkable, signalling a new era for the modern Olympic Games.

But according to Janez Kocijančič, President of Slovenia’s NOC and Vice President of the International Skiing Federation, who was at the IOC Session when Agenda 2020 was adopted a week ago, there was one important stone unturned.

“It is an agenda full of reforms, although in many respects the IOC remains as it was – not only the highest authority of world sport but also a self-electing body,” Kocijančič told HOST CITY.

“What some people expected, a greater role of NOCs and sport federations, didn’t happen. Out of 205 recognised NOCs, only one third of them are represented, and that’s not enough.”

The number of International Federations (IFs) represented in IOC membership is also limited, said Kocijančič. “There are many representatives of Olympic sports who are not there and who feel a certain discrimination.

“One of the strongest ideas of the international Olympic movement was the fight against discrimination. This should also bring the idea that all sports and all countries should be equal.”

All NOCs are members of the Association of National Olympic Committees (ANOC), which already works closely with the IOC.

“This ANOC structure, which is similar to all other international organisations – the UN, UNESCO, the World Health Organisation and the International Labour Organisation – should step by step be implemented in the IOC, so all countries would be represented. And all the Olympic sports presidents or representatives should be there as well,” said Kocijančič.

Rule 16 of the Olympic Charter states that the NOCs and IFs can each have up to 15 IOC members. But Sweden’s National Olympic Committee (NOC) President Stefan Lindeberg says these limits were set a number of years ago and could now be increased.

“This is not a big problem, as I see it now, to move forward in broadening the IOC. ANOC is getting stronger. Together with the IOC, we shape the future.”

Lindeberg led Sweden’s bid to host the 2022 Olympic Games until it was abandoned due to a lack of political support. He then teamed up with the leaders of three other NOCs to publish a paper that exerted a powerful influence on the IOC’s Agenda 2020 discussions.

“The NOCs had a strong voice on Agenda 2020. When we were working with Germany and Switzerland and Austria, we really felt that that had an impact on it, or at least came to the same conclusion that Agenda 2020 did.

“We are big winter nations – if we can’t take the Games, that’s a really big warning bell.”

These interviews were conducted the day after the IOC members voted unanimously to implement Agenda 2020. Kocijančič and Lindeberg were also speakers at HOST CITY Bid to Win conference