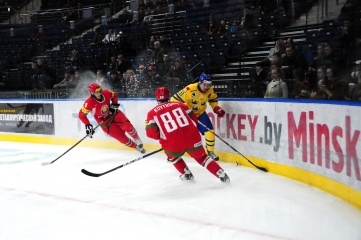 Minsk, the host of European Youth Olympic Festival 2019 (EYOF 2019), has been selected to host the congress of the European Union of Sports Press on 11-13 September, the National Olympic Committee (NOC) of Belarus informed national news agency BeITA.

The gathering of European sports journalists coincides with the Race of Legends biathlon festival and Minsk International Marathon and will be an opportunity for Belarus to showcase its credentials for hosting major sports events.

Delegates will be shown around the Minsk Arena and the National Olympic Centres in Ratomka and Raubichi.

A seminar at the NOC headquarters will include presentations about the European Youth Olympic Festival 2019 in Minsk and other sports events Belarus will host in 2015 and 2016, plus a forum to discuss mass radio broadcasting rights in Europe, the according to BeITA.

The seminar for mass media will be organised by the NOC of Belarus, the European Olympic Committees, the Sport and Tourism Ministry of Belarus and the Belarusian Association of Sports Press.

The event forms part of the Olympic Solidarity programme, one of the IOC’s programmes of redistributing NOC’s shares of broadcasting rights from the Olympic Games.