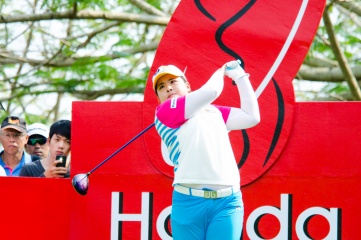 The Ladies Professional Golf Association (LPGA) has announced that its new International Crown tournament will be held for the first time outside the US in 2018, with Korea granted hosting rights.

The International Crown was formed as a national team matchplay tournament and its inaugural edition was held in Owings Mills, Maryland from July 24-27, at Caves Valley Golf Club.

The next edition of the biennial event had already been confirmed for Rich Harvest Farms in Sugar Grove, Illinois in 2016. However, the LPGA has said the 2018 International Crown will be staged in Korea, with dates and a host venue to be confirmed at a later point.

Korea is a key market for the LPGA with the second-most players, 41, represented from the nation in the world rankings. World No.2 Inbee Park is one of three Koreans in the top-10.

“The Republic of Korea has clearly demonstrated their support for the LPGA by hosting 18 different tournaments over the years with tremendous fan support.” LPGA commissioner Mike Whan said. “It made perfect sense that the first time we take the International Crown outside of the United States was to a country with so many dedicated fans and supporters of women’s golf.”

The announcement has coincided with safety consulting and certification company Underwriters Laboratories signing on as the first title sponsor of the International Crown, in a deal spanning the 2016 and 2018 events.

UL served as an ambassador sponsor for the inaugural International Crown, which saw Team Spain crowned the event’s first champion.

Whan added: “When we came up with the idea for the International Crown our goal was to launch a truly global event for women’s golf which we did earlier this year at Caves Valley Golf Club. We were looking for a partner to help grow it globally and I can think of no better partner than UL, whose business aligns perfectly with the LPGA.”