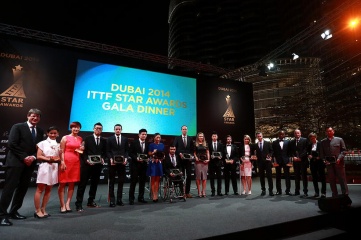 The 2015 ITTF Star Awards, which will recognize and celebrate table tennis star players and coaches, will be held immediately before ITTF World Tour Grand Finals, sponsored by GAC Group.

"The ITTF Star Awards has grown into a yearly event with great stature and an important date on the calendar for all of the world's top table tennis players,” said Steve Dainton, ITTF Marketing Director.

“This year, we head to the beautiful city of Lisbon, in conjunction with the World Tour Grand Finals, to recognize the Stars of our sport for what will be a classical and elegant evening."

Interest in the sport is high in Portugal, with the national team having won gold medals at the TMS 2014 European Team Table Tennis Championships in Lisbon and the 2015 European Games in Baku.