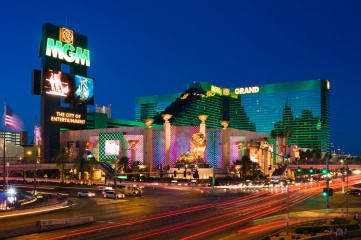 The World Education Congress (WEC) will be held in Las Vegas in 2017, followed by Indianapolis in 2018 and Toronto in 2019, the event’s owner Meeting Professionals International (MPI) said on Monday.

"We are excited about each of these destinations and believe WEC attendees will enjoy them as well," said Van Deventer, president and CEO of MPI during the opening general session of WEC 2015 in San Francisco.

"Each year, MPI strives to enhance the education and programming we deliver at WEC, so we look forward to working with our host city partners to enrich the attendee experience in the coming years."

MPI describes WEC as its signature event through which it delivers education, business and networking opportunities in North America, attracting more than 2,000 attendees including corporate, third party, and association planners, suppliers, students, industry faculty and more.

The host of WEC 2016 will take place June 11 – 14, at the Harrah's Atlantic City Waterfront Conference Center in Atlantic City, N.J.

From July 9 – 12 2017, WEC will be held in Las Vegas for the fourth time at the MGM Grand. Las Vegas welcomed a record 41 million visitors including five million convention delegates last year.

"We are honored to host WEC 2017 and excited to showcase the energy and excitement only Las Vegas can deliver," said Rossi Ralenkotter, president/CEO of the Las Vegas Convention and Visitors Authority.

"There's a reason Las Vegas hosts more than 22,000 meetings a year. We offer an exceptional experience for delegates allowing them to conduct serious business and networking while also enjoying world class dining and entertainment found nowhere else."

On June 2 – 5 2018, WEC will be held at the Indiana Convention Center & Lucas Oil Stadium in downtown Indianapolis for the first time. Named America’s top convention city by the readers of USA Today, Indy offers a convention package unmatched in walkability and the number of hotels and hotel rooms connected by enclosed skywalks.

"Indy has a well-earned reputation as a great event city, having hosted Super Bowl XLVI, numerous NCAA Men's Final Fours and, of course, the Indy 500, but it's also one of the fastest-growing convention and meeting destinations in the world," said Leonard Hoops, president and CEO of Visit Indy.

"As a first-time host of WEC, we're looking forward to welcoming many old friends and also introducing new ones to Indy."

"Our community looks forward to welcoming back MPI and its partners for another exceptional international meeting," said Andrew Weir, Executive Vice President of Tourism Toronto.

"When World Education Congress brings the leaders of our industry together in Toronto, attendees will find inspiration both in the content of the meeting and the surrounding city experience."