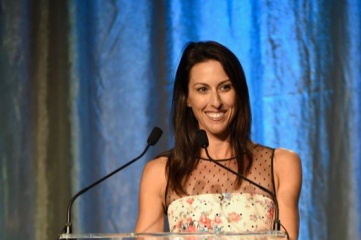 The Host City 2015 conference, which took place in Glasgow on November 9-10, offered Evans, who is also LA 2024 Director of Athlete Relations, the chance to learn from the experiences of a range of leaders from across the Olympic Movement.

LA 2024 Chairman Casey Wasserman said: “We are delighted that Janet is attending the Host City conference in Glasgow with so many Olympic experts present. We are very much in our ‘looking, listening and learning’ phase and these types of events are an invaluable part of this process.

“We will also send a significant LA 2024 delegation to Lausanne for the IOC 2024 Candidate City workshops; which will provide the ideal opportunity to engage and interact with the IOC on the path ahead.

“The EOC General Assembly in Prague represents a further opportunity, after the ANOC General Assembly in Washington, D.C., to consult with the NOC family. Their athletes are at the very heart of the Olympic Movement and IOC President Thomas Bach’s visionary Olympic Agenda 2020. The NOCs have a critical role in preparing and supporting athletes, so it is vital that we consult with them whenever possible.”