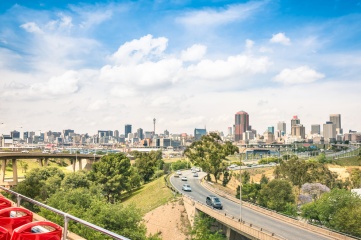 Business tourism is a booming industry in South Africa

The Global Entrepreneurship Congress, a major international business event, will take place for the first time in Africa in 2017

This will be the first time Africa has hosted the event, which typically attracts business professionals from more than 150 countries. The 2015 edition brought 10,000 delegates to Milan in March, according to organisers.  The Colombian city of Medellin is hosting the 2016 edition.

Minister of Small Business Development Lindiwe Zulu said "GEC will help sustain the momentum of an entrepreneurial revolution which President Jacob Zuma set in motion last year when he announced the establishment of our separate department that would focus on small businesses and cooperatives.

“I am confident that GEC 2017 will further thrust entrepreneurship and small business development firmly on the national agenda and the collective consciousness of our nation.”

The event will be co-hosted by Johannesburg and SEA Africa. Kizito Okechukwu, executive head of SEA Africa, said “This Congress will assist businesses and promote entrepreneurship across the African continent.

“We are therefore calling on entrepreneurs to leverage from various support structures and programmes being introduced by various partners. We are expecting leading global entrepreneurs and innovators to grace this occasion."

Craig Bond, CEO of Retail and Business Banking at Barclays Africa, said, "The GEC is a platform that can open doors for our youth, ignite entrepreneurship and put our youth in the global arena. It contributes to the overall Pan-Africanism objective by strengthening common perspectives amongst nations, creating partnerships and collaborative efforts, and encouraging inter-regional trade."