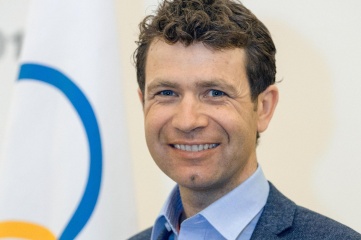 Ole Einar Bjørndalen, IOC member for Norway, whose capital city Oslo pulled out of bidding for the 2022 Games

IOC president Thomas Bach has revealed the proposed changes of its Olympic Agenda 2020 review, revealing incentives for cities to bid for Games such as financial support, cost controls and the option to host events in more than one city

Agenda 2020 was instigated in 2013, shortly after Bach’s election as IOC president and has since engaged a vast range of people. The review has taken place against a backdrop of Sochi 2014, which was perceived to be an extremely high cost event, and cities pulling out of bidding for the 2022 Winter Olympic Games due to cost concerns.

The first three of the 40 recommendations relate to bidding, including details of how the world’s biggest event owner might financially support bidding cities and develop wider benefits with the host nation.

Under the recommendations, the IOC would cover the travel and accommodation costs for six delegates for candidate city briefings to the IOC, ASOIF, AIOWF and the ANOC General Assembly, plus costs for 12 delegates travelling to the host city election at the IOC Session.

The cost of cities hosting IOC Evaluation Commission visits would also be borne by the IOC. Printed versions of the candidature files would be axed, and consultants and lobbyists working for bidding cities would be monitored and registered by the IOC.

These reductions in bidding cost are, however, tiny in relation to the costs of hosting the Olympic Games. This is why Agenda 2020 proposes “shaping the bidding process as an invitation” – a form of consultation with cities at an early stage, with a focus on cost and benefit.

Under Agenda 2020, the IOC plans to better communicate the difference between the two different budgets related to hosting the Olympic Games: “long-term investment in infrastructure and return on such investment on the one hand, and the operational budget on the other hand,” as well as better communicating the IOC’s contribution to the operational budget.

The IOC seeks to reduce the cost of venue infrastructure for cities by prioritising the use of existing and temporary facilities at this early stage of bid planning.

“The recommendations in Olympic Agenda 2020 are designed to change the bidding process in a positive way,” said Ole Einar Bjørndalen, IOC member for Norway, whose capital city Oslo pulled out of bidding for the 2022 Games in September 2014.

“I think it is important to bring the Olympic Winter Games especially back to their roots, where the organisers are creating genuine winter festivals and where the inhabitants of the host city are as important as the athletes.

It is a step forward that the bidding cities will have the chance to focus on Games that work in the local context – socially, economically and environmentally.”

“I think it is positive that the IOC will encourage the re-use of venues, temporary venues, and even the use of some venues in other regions and countries. This will lower the costs, which will hopefully make staging the Games more attractive for more countries,”said Bjørndalen.