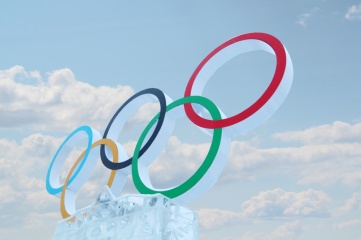 Bach wants the often criticised bidding framework to be transformed into an “invitation for discussions and partnership” as opposed to a generic tender process.

Recent struggles with the selection process for the 2022 winter Olympic Games have cast the current method in an unfavourable light.

Only Beijing, China and the Kazakh city of Almaty remain as candidates after Oslo this month became the latest potential host to drop out the running. Norway’s government opted out of providing the necessary financial support to host the multi-sport showpiece amid concern over prohibitive costs.

Oslo followed Lviv in Ukraine, Krakow in Poland and Stockholm in Sweden by pulling out of the race for the 2022 winter Olympics, while public referendums put paid to bids from Munich in Germany and St Moritz in Switzerland.

At its two-day meeting in Montreux, Switzerland, the IOC executive finalised proposals that its full membership will vote on this December in Monaco.

As quoted by the Associated Press news agency, Bach said: “What we did in the past was send out a paper at a certain point in time saying, 'If you want to bid for the games, here are the conditions you have to fulfil, so you better tick all the boxes in the questionnaire because otherwise you have no chance.

“In the future, we want to invite potential bidding cities to study how Olympic Games would fit best into their social, sports, economic and ecological environments, then present this plan to us. Then we are ready to discuss and give our advice rather than just judge what has been presented to us.”

One measure rejected under Agenda 2020 was the reinstatement of member visits to candidate cities, which were barred in light of the 1999 vote-buying scandal that marred Salt Lake City’s successful bid for the 2002 winter Olympics.

In other news, Israeli company International Security & Defence Systems (ISDS) claims it has secured the contract to plan and coordinate security arrangements at the Rio 2016 Games under a deal worth $2.2bn (€1.7bn).

ISDS vice-president Ron Shafran told IsraelDefense magazine of the firm’s tie-up with the local organising committee. ISDS has previous Olympic experience at Barcelona 1992 and Sydney 2000, while it also worked on the 2010 Fifa World Cup in South Africa.

IOC Vice President Sir Craig Reedie will discuss bidding procedure with other rights holders and cities at HOST CITY: Bid to Win in London on 28th October. Register at www.bidtowin-hostcity.net