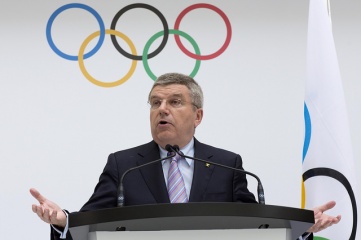 President of the IOC Thomas Bach convened the latest Agenda 2020 discussions in Switzerland.

Members of the International Olympic Committee have been hearing updates on a range of proposals produced by the Olympic Agenda 2020 process at a summit held at their headquarters in Lausanne, Switzerland.

As part of the Olympic Agenda 2020, a “strategic roadmap for the future of the Olympic Movement”, the summit addressed a raft of potential reforms which are set for further deliberation at the Extraordinary IOC Session in December.

A reform to the Olympic Games bidding procedure was one of the proposals discussed at the summit. The alterations, which were broadly supported by the summit, place a new emphasis on the legacy aspects of host city bids and how that can be brought to the population of the city as well as the surrounding area.

Potential hosts would have to exhibit how the Games would be a part of the long-term development plan not only for the city, but for the whole region and would include scrutiny into the social and environmental aspects of the developments. The summit also supported the need for Olympic Movement stakeholders to remain open to adaptation on these issues.

According to the Agenda 2020 proposal the new bidding procedure would also give more flexibility to bid cities but there would be greater emphasis on what the bid process, and the resulting Games, would bring to the host and its citizens from the very beginning of the bid procedure. These reforms reflect a growing trend in the standards set for host city candidates to provide more sustainable and legacy driven bids that take into account the wider ramifications of their event.

Convened by IOC President Thomas Bach, the summit centred on the three major themes of sustainability, credibility and youth, as well as 14 other sub-themes.

As well as proposed changes to the bidding procedures the summit focused on a new methodology to the Olympic Programme. This alternative approach would provide an event-based, rather than a sport-based, composition to the programme, which could lead to a greater range of events than seen previously while continuing to restrict the number of athletes involved.

The establishment of an Olympics Television Channel was also considered, with the notion of promoting the Olympics and its values in between Games, as well as new measures to ensure the protection of clean athletes in conjunction with the World Anti-Doping Agency.

To find out more, register for HOST CITY: BID TO WIN conference on 28th October and get the inside track on Agenda 2020 reforms.