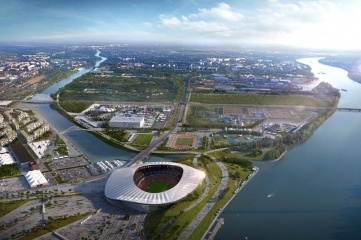 Budapest’s withdrawal leaves only Paris and Los Angeles in the running to host the 2024 Games.

Following Budapest’s decision to withdraw from the bidding for the 2024 Summer Olympic Games, International Olympic Committee (IOC) spokesman Mark Adams said changes would be made to the candidature procedure.

Budapest’s withdrawal leaves only Paris and Los Angeles in the running to host the 2024 Games and the Hungarian city is the third to pull out of the process after Hamburg in 2015 and Rome in September 2016.

The decision came after more than 260,000 people had signed a petition against the Budapest Olympic bid and were seeking a referendum on the matter.

In a statement, Adams said: “It is disappointing that this decision had to be taken – the candidature committee had presented an excellent project, which has built on the reforms contained in Olympic Agenda 2020. It also demonstrated that smaller cities and smaller countries can stage the Olympic Games in a feasible and sustainable way.

“For all these reasons, the IOC can appreciate the success of Olympic Agenda 2020 as far as the organisation of sustainable Olympic Games that fit into the long-term development plan of a city, region and country is concerned. This success is further demonstrated by the statements of Budapest, Los Angeles and Paris, that, without the reforms of Olympic Agenda 2020, there would not have been any candidates.”

Adams added: “With regard to the candidature procedure as such, the political situation in our fragile world requires us to make adjustments in this respect as the current procedure produces too many losers – as the IOC president already said in December 2016.

“These adjustments will be discussed with all the stakeholders of the Olympic Movement. In the meantime, the candidature procedure for the Olympic Games 2024 will continue with the two excellent candidatures of Los Angeles and Paris.”

In September in Lima, Peru, the IOC will elect the winner when it votes between Paris and LA.