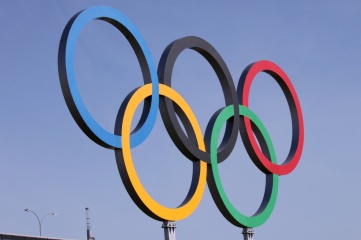 Hungary is targeting a bid for the 2024 Olympic Games

Hungarian Olympic Committee (MOB) president Zsolt Borkai has lent his backing to a possible Budapest bid for the 2024 summer Games, stating that “concrete steps” could be taken in the near future towards formalising an offer.

Borkai told the MOB’s official website that the Committee still has a long road to travel before a formal bid, but added that “our intentions are unequivocal – we would like to host the best athletes in the world in Budapest”.

The Associated Press news agency added that Attila Szalay-Berzeviczy, head of BOM, a non-profit group of corporations and individuals backing an Olympic bid, said that while a bid for the 2028 Games would be “realistic,” the possibility of trying for 2024 “would not be surprising”.

The Hungarian city of Győr is due to host the summer edition of the European Youth Olympic Festival in 2017 and Borkai believes the event can aid the country’s claims for the 2024 Olympics.

He added: “Győr’s 2017 European Youth Olympic Festival can prove that our country can successfully conduct a major multi-sport Olympic event, even if its size does not compare to an Olympics. We are confident that Győr can provide a positive impression on international public opinion, and make everyone aware that they should invest their trust in us.”

Budapest has previously bid for five editions of the Games, but Hungary has never been awarded the Olympics.

Paris, Rome, Baku, Doha, Dubai and Istanbul, along with a South African bid, are among those that could enter the race for the 2024 Games.

Germany is weighing up whether to put forward Berlin or Hamburg, while the US Olympic Committee has identified Boston, Los Angeles, San Francisco and Washington D.C. as candidate cities.

Formal bidding for the 2024 Olympics will begin in 2015, with the International Olympic Committee (IOC) due to select a host city in 2017.