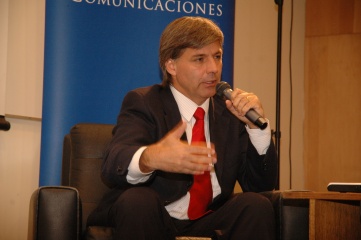 Harold Mayne Nicholls in 2009, when he was chairing the FIFA Bid Evaluation Group for World Cups in 2018 and 2022 (Photo: Pontificia Universidad Católica de Chile)

Harold Mayne-Nicholls, who chaired the FIFA Bid Evaluation Group for World Cups in 2018 and 2022, was on Thursday notified by the adjudicatory chamber of FIFA’s independent Ethics Committee of the reasons for his seven-year ban.

The adjudicatory chamber, chaired by Mr Hans-Joachim Eckert, had banned Mayne-Nicholls from taking part in any kind of national and international football-related activity (administrative, sports or any other) for a period of seven years.

The FIFA-led investigation found Mayne-Nicholls guilty of infringing article 13 (General rules of conduct), article 15 (Loyalty), article 19 (Conflicts of interest) and article 20 (Offering and accepting gifts and other benefits) of the FIFA Code of Ethics (FCE).

The adjudicatory chamber described the violation of article 20 as “the most serious breach committed by the official”, contravening a provision that aims at “guaranteeing that the requirement for FIFA – and its bodies and officials – to behave with integrity and neutrality is upheld at all times”.

“Mr Mayne-Nicholls, in his capacity as chairman of the FIFA Bid Evaluation Group for the World Cups in 2018 and 2022, had a special obligation with regard to the integrity and neutrality of his work,” the adjudicatory chamber said.

“Confidence in the work of the Bid Evaluation Group was especially crucial in order for it to properly exercise its powers and duties. After having taken part in an inspection visit to one of the Bid Committees in September 2010, Mr Mayne-Nicholls, at his own initiative, repeatedly asked for personal favours related to the hosting and training of his relatives (a son, nephew and brother-in-law) at an institution linked with that Bid Committee.

“Not only were these requests of a private nature, but they were made only a few days after the visit to the Bid Committee, during the time the Bid Evaluation Group of which Mr Mayne-Nicholls was the chairman was still exercising its duties and prior to the election of the hosts for the 2018 and 2022 FIFA World Cups.

“By making the requests, Mr Mayne-Nicholls did not act in FIFA’s interests and ignored his responsibility as a high-ranking FIFA official, someone who was expected to act with utmost neutrality and integrity, in order to pursue his own personal interests.”

Mayne-Nicholls now has the option to lodge an appeal with the FIFA Appeal Committee.