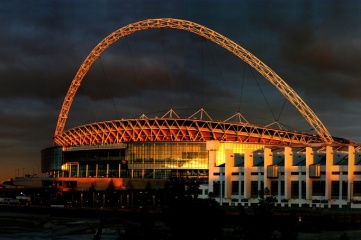 English Football Association general secretary Alex Horne is confident that London’s Wembley Stadium will host the semi-finals and final of Uefa Euro 2020 and has suggested that the country will consider bidding to stage the whole of the 2028 edition of the tournament.

Uefa, football’s European governing body, will announce the host cities for the Euro 2020 tournament following a meeting on September 18 in Geneva, Switzerland.

The tournament will be staged in multiple cities across Europe, with widespread reports indicating that Wembley will be allocated the most prestigious package comprising the competition’s three biggest games.

England’s main rival for the top package had been Germany, but the latter is reportedly considering dropping its attempt to secure the top games at Euro 2020 in favour of launching a bid to host the Euro 2024 edition in its entirety.

Now Horne has suggested that England would be interested in following up hosting the finale of Euro 2020 by staging the full tournament in 2028 for the first time since 1996.

“We're really confident with our bid,” Horne said, according to the Daily Mail newspaper.

“We know what the Germans have been saying. We know that they're thinking about 2024, but nothing has been confirmed.

“I'm not going to dwell on their politics. I'm expecting that they're not going to push very hard for 2020. They've made it very clear they want 2024.
“I wouldn't rule out looking at Euro 2028 for a full tournament bid.”

Wolfgang Niersbach, the head of the DFB, the sport’s governing body in Germany, said: “We still have the two options – to host the final rounds or four matches in the group stage. Our decision is open.

“We have a wonderful relationship with the England FA, but I am totally convinced that we will have both Wembley and Munich on the land map for Euro 2020.”

England lost out to Germany in bidding to host the 2006 Fifa World Cup and then crashed out in the first round of voting for the hosting rights to the 2018 World Cup, which was ultimately secured by Russia.

Germany’s anticipated bid for Euro 2024 is likely to be challenged by Turkey, which withdrew its bid for Euro 2020 games in April and announced that it would focus on the following edition of the event in 10 years’ time.