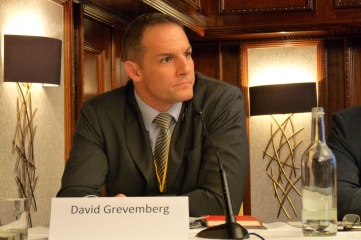 The Commonwealth Games Federation (CGF) has launched an ambitious plan called “Transformation 2022” to optimise its sporting movement over the next seven years.

“Now is the time to be ambitious and bold, as we build on our diverse heritage and forward momentum," said CGF president HRH Prince Imran.

A network of Commonwealth cities is being set up to identify, support and engage with cities that are aspiring to host the Games or develop their sports.

The issue of good governance also features in the strategic plan.

The sports programme for the Commonwealth Games has been reviewed for the next three Games, with the number of optional sports proposed to be reduced by 10 and the number of compulsory sports to go up by six.

Sports that are proposed to be dropped from the programme include tennis and sailing, while cricket is set to makes a return in the T20 format.

“A number of core principles drove the proposals, such as depth and scale of participation in the Commonwealth, legacy (especially with regard to the need for purpose-built venues), equality (including increased opportunities for para-sport athletes) and breadth of competition, maximising opportunities for smaller CGAs to win medals,” a spokesperson for the Commonwealth Games Federation told HOST CITY.

David Grevemberg, CEO of the Commonwealth Games Federation told HOST CITY: “By 2017 we want to have developed and started to implement a Commonwealth sporting network – to identify, support and engage with cities that are aspiring to host the Games and sport in the Commonwealth.

“So this notion of using sport as the new ‘shipping lane’ to make communities and nations prosperous, peaceful and happy – in order to do that we need to be able transfer, from a city to city basis, what is working and where challenges lie – whether that’s an emerging market, a regenerative market or a sustained market.

“There’s a group already in place called the Commonwealth local governments forum that we’ll be looking to partner with in that area.”

Previously there were 10 compulsory sports and 20 optional ones. The CGF is now proposing 16 compulsory and 10 optional sports.

Six sports that were previously optional have been made compulsory. These are: road cycling; artistic gymnastics; judo; table tennis; triathlon; and wrestling.

Women’s boxing and women’s rugby, previously optional, have also been made compulsory.

The biggest changes proposed are to the optional sports, which have been reduced in number significantly. Aquatics (diving), aquatics (open water swimming) aquatics (synchronised swimming), canoeing, rowing, sailing, softball, tennis, tenpin bowling and taekwondo would no longer feature in the Commonwealth Games programme for 2022, 2026, and 2030.

None of these disciplines set to be removed from the sports programme feature as part of the current Durban 2022 bid proposals.

Cricket has only featured in the Commonwealth Games once before, when a 50-over format was included at Kuala Lumpur in 1998.

The introduction of T20 Cricket is an indication that the CGF is promoting sports that are more widely practiced within the Commonwealth nations.

“We are proposing a mechanism of being able to attract top athletes, creating a Commonwealth rating system by sport that helps not only to promote great sport in the Commonwealth but also to assess how widely they are practiced in different nations,” Grevemberg told HOST CITY.

“We aim to maximise efficiency and effectiveness in our delivery of a world class event with real community relevance that is both affordable and universally appealing.”

“We feel that stabilising a sustainable sports programme for a period of time, by increasing the number of compulsory sports, helps us to get more efficiencies of scale, by giving us greater certainty in terms of proposing an athletes’ quota system. It allows us to create a more certain product in terms of what we are presenting."

CGF vice president and chair of the CGF sport committee Bruce Robertson said: “The Sports Programme proposals also have important operational benefits, including a higher degree of certainty in athlete numbers and more flexibility in the optional sports programme, which we believe will support future Host Cities and CGAs in their Games planning.”

The CGF is looking to continue to work with sports not on the Games programme through a new recognised designation of affiliation with the Commonwealth Games Federation for International Federations (IFs).

“It’s our intention to work with other IFs on developing sport in the Commonwealth,” said Grevemberg. “The movement is much broader than just the Games.”

The new proposed sports programme will be voted on at the CGF General Assembly in New Zealand in September.