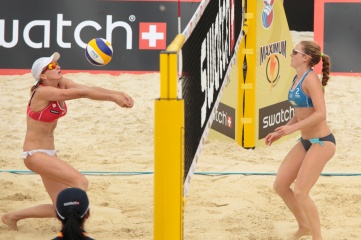 Brazil will host the first FISU Beach Games this year

FISU, the International University Sports Federation, has announced that Maceio in Brazil will host the governing body’s inaugural Beach Games later this year.

The first edition of the International University Beach Games will take place from November 30 to December 8 and feature athletes from across the world.

The CBDU national university body in Brazil will work alongside FISU in helping to organise the event, which will attract athletes between the ages of 17 and 28 years old.

The event will feature six sports – beach volleyball, beach football, beach handball, beach rugby, beach triathlon and surfing – with some places reserved for Brazil-based students. Other places will be awarded on a first-come, first-served basis and the organisers will accept more than one application per country.

All participants and guests will be accommodated at the Hotel Ritz Lagoa da Anta. Maceio is situated about 100km south of Recife and is the capital and the largest city of the coastal state of Alagoas.

FISU is a member of SportAccord, the umbrella organisation for more than 100 international sports federations and bodies.

SportAccord is planning to launch a beach event of its own next year as part of its strategy to expand its multi-sport events division. Brazil is also understood to be in the running to host the inaugural SportAccord World Beach Games next year, with the United States and United Arab Emirates also interested.

Earlier this week, FISU launched the bidding process for the 2021 Winter and Summer editions of the Universiade, the governing body’s flagship biennial event.

Interested parties have until March 1, 2015 to submit their bidding forms and bidding fees before working sessions are held with the applicant cities from April 1 to September 30 and the final bid books are delivered to FISU next autumn.