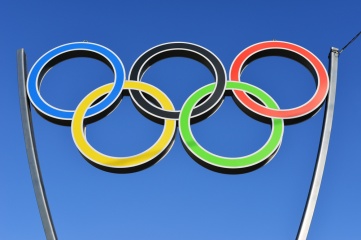 Berlin and Hamburg have put forward compact, inner-city concepts as the German Olympic Sports Confederation (DOSB) prepares to select a city to bid for the 2024 or 2028 edition of the Olympic Games.

Under the capital city’s proposals, Berlin would utilise its Olympiastadion – the centrepiece when it last hosted the Games in 1936. Elsewhere, plans focus on the use of land at the still-operational Tegel airport, which will close down when Berlin’s new international airport opens.

Tefel is about a 15-minute drive from the north-west of Berlin city centre, while land at the centrally located and defunct Tempelhof airport would be used alongside a selection of existing sports venues.

Hamburg’s proposal focuses on the Kleiner Grasbrook area, roughly a 10-minute walking distance from the city centre. A newly-built Olympic stadium would be downsized to a 20,000 capacity after the Games and the Athlete’s Village would serve to address Hamburg’s housing shortage.

DOSB president Alfons Hörmann said that the decision to pursue the Olympic Games would have to accommodate any possible bid by the German Football Association (DFB) to host the Uefa Euro 2024 national team championship.

“Following the discussion process we will decide if we apply with Berlin or Hamburg and, where appropriate, at what time for the Olympic Games,” he said. “This will be done in close coordination with our affiliates, for example because of the possible application of the DFB for the European Championship in 2024. It is important to again be aware that we are at the beginning of a long process, whose clear aim is to bring the Olympic Games to Germany. But the crucial prerequisite for this is clear approval of the affected citizens and all social groups.”

A bid from Germany would join a potentially strong field for the 2024 Olympic Games, with Paris, Rome, Baku, Doha, Dubai and Istanbul primed to enter the race alongside a South African bid. The US Olympic Committee is set to put forward one of Boston, Los Angeles, San Francisco or Washington D.C. from its candidate cities.

Munich hosted Germany’s last summer Olympics in 1972, with Berlin having previously hosted in 1936. Berlin entered a bid for the 2000 Games, but was eliminated in the second round of voting with Sydney eventually awarded the event. Hamburg had put itself forward for the 2012 Games only for Leipzig to be chosen as Germany’s candidate. Leipzig was then defeated as the event went to London.

The DOSB has yet to announce a deadline over a decision on which city to back or if Germany will target the 2024 Games or the next edition in 2028.