Home
»
News
»
Almaty, Beijing or Oslo can profit from 2022 Games 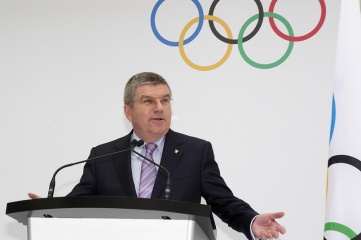 Impressed by their legacy plans, the International Olympic Committee (IOC)’s Executive Board today unanimously agreed to progress applicant cities Almaty, Beijing and Oslo to the candidate city phase as they vie to host the 2022 Winter Olympic Games.

The IOC would have had a larger pool of cities to choose from, had Krakow, Lviv and Stockholm not already pulled out of the race. Despite losing half of the potential bidders along the way, the rights holder of the world’s greatest multi-sports event asserted that candidature was by no means a guarantee for the three remaining contenders.

"Three is a good number to go forward," said IOC vice president John Coates. "If there was one of those that wasn't of quality we wouldn't have sent it forward."

The decision of the Executive Board was based on a technical analysis of applications submitted earlier in 2014, assessing areas such as venues, transport, accommodation and security.

The IOC noted that all three bids have the potential to benefit the host cities and regions.

“Each city was encouraged to produce a bid best suited to their own unique circumstances, with plans that reflect their own specific vision for how the Games can benefit their cities and regions and ensure positive, sustainable legacies for their populations. Oslo, Almaty and Beijing have done that,” the IOC said in a statement.

The legacy plans differ in focus: Oslo aims to engage young people and the population as a whole in a healthier lifestyle; Almaty plans to use the Games to attract people to the city for future events of all kinds; while Beijing’s plans focus on boosting Winter sports in China.

”It was good to see that each of the bidding cities understood the difference between the Olympic Games budget and the long-term infrastructure and investment budget, which will benefit their communities for decades to come,” said IOC President Thomas Bach.

“This is possible not least because of the extensive financial assistance given by the IOC. In the case of Sochi, this amounted to USD 750 million and it is likely that figure will be even higher for the host of the Olympic Winter Games 2022.”

The three cities must submit their detailed candidature files – or “bid books” – by January 2015, when the IOC will begin the process of evaluating the bids and finally electing the host city at the IOC Session in Kuala Lumpur on 31 July 2015.

To find out more about the bidding process for the Olympic Games and other major events, register to attend HOST CITY: Bid to Win, which takes place in London on 28th October.