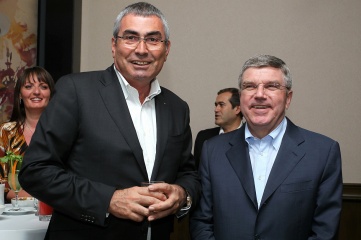 As five cities meet the application deadline for the 2022 Winter Olympic Games, IOC Executive Board member Prof. Dr. Erdener hints at what might make the difference

Five cities have submitted their application files for the Winter Olympic Games by the deadline of Friday 14 March. The IOC Executive Board has until 9 July to select the successful candidate cities.

The pool of applicants – Krakow, Oslo and Almaty, Lviv and Beijing – presents a strong emphasis on growth markets, with only one Western European city and none from America. This is particularly notable given that the 2022 Winter Olympic Games will be preceded by two editions in new territories.

“There was a very successful organisation in Sochi and everybody was very happy being there,” Erdener told HOST CITY. “It was one of the very best Olympic Games organised. The next Winter Games will be held in PyeongChang, and now we have potential candidates from Europe and Asia again.

“We will have to see their applicant files, their projects and some of their explanations and then we can have some ideas. At the moment we don’t have any idea of the projects details, budget et cetera.”

Under the new leadership of Dr Thomas Bach and his revitalised top table, the IOC is keen to uphold the value of its flagship events. “The Olympic Games is the top priority for the IOC and the Olympic Movement,” Erdener said.

However, this does not necessarily give an established, known host like Oslo an advantage. The IOC will always be interested in something new to promote.

As President of the Turkish Olympic Committee, Erdener led Istanbul’s bid for the 2020 Olympic Games. “I congratulated my friends in the Tokyo team; it was a very fair competition and there was only one place for the winner for 2020.

“After having seen some delays in Rio 2016 project, probably some of our colleagues thought that a safe city would be better. As we all know, still there are some discussions about Rio project.”

IOC members will vote for the host city of the 2022 Olympic and Paralympic Winter Games during the IOC Session in Kuala Lumpur on 31 July 2015.

Prof. Dr. Erdener is also president of the World Archery Federation and president of the Organising Committee for SportAccord Convention, which takes place in Belek, Turkey from 6-10 April.

For the full exclusive interview with Prof. Dr. Erdener, register for HOST CITY and make sure you get the next issue.