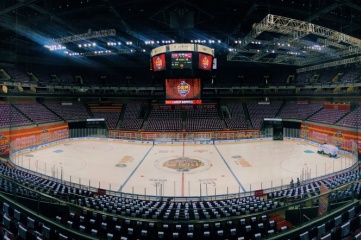 Zhang Jiandong, Vice Mayor of Beijing and Vice President of Beijing 2022, told WWSE* how hosting both the summer and winter Olympic Games is transforming the region

As the biggest, most influential and comprehensive sports event in the world, the Olympic Games has great importance for development. The Olympic legacies have provided resources and momentum for the city’s development.

In order to continue the success after the 2008 Olympic Games in Beijing, we specifically established Beijing Olympic City Development Association (BODA) and a specific fund to develop of the city and our facilities.

Other facilities like the Bird’s Nest and the Water Cube have become landmarks of Beijing; these places are also hosting other major events. Eight facilities in Beijing will serve as venues for the Winter Olympic Games.

We continue to work on the sustainability of our facilities. We plan to use 25 facilities [in Beijing, Yanqing and Zhangjiakou] for the Winter Olympic Games and are working with other organisations to comprehensively utilise these facilities, both for the Games and for future functions.

Our design and construction teams are all engaged in this process of making plans for legacy. For example, the Wukesong Arena can be transformed into the venue for ice hockey from basketball within six hours.

We will also work on environmental protection; public services will also be further enhanced and this will be a pilot project for the coordination of this region. More benefit to welfare will be brought to this region and its people.

We’ve also got the legacy of talent from the Olympic Games. Beijing 2008 cultivated a large number of high quality organisers of sporting events who have gone one to work on, for example, the 2010 Guangzhou Asian Games; and in 2019 we are hosting the Military World Games and other major international events, all reflecting the talent.

We place great importance on legacy, making a very inclusive model for our organising work so that all people can engage in the Olympic Games and share its benefits.

We will also continue to work on education, volunteering and spreading the Olympic spirit, so that the general public will be more active and healthy in their lifestyle.

With the leadership of the Chinese government we want to conduct a wonderful and excellent winter Olympic games and fully implement green ideas and cost reduction.

We will also endeavour to promote equipment manufacturing in winter sport and create great momentum in this global industry.

We will also work hard on the cultural legacy. The world will witness the Olympic Games, which will be held during China’s Spring Festival, a very important traditional festival in China. With this integration of Chinese culture and the Olympic Games, we can provide a unique cultural experience for Chinese and global audiences.

*This article, based on a presentation by Mr Zhang Jiandong at World Winter Sports Expo (WWSE) in Beijing in September 2017, first appeared in the Winter 2017 Issue of Host City magazine. Host City was the only foreign media reporting from WWSE