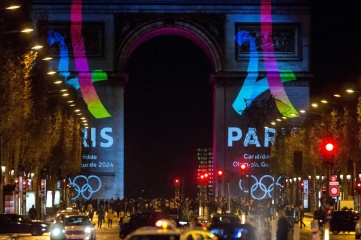 Public scepticism about the value of major events such as the Olympic Games is at an all-time high. A continued era of austerity, economic and political uncertainty means that the parties driving such events have to work even harder to justify their value.

While this may sound daunting for some, when cities step back and look at the bigger picture they will realise that major events like this are more relevant than they have ever been. They represent the very confidence in our urban futures that we need to pull us through challenging times. They’re expressions of multi-cultural unity, open-mindedness, acceptance and cooperation. Their successful delivery has the power to re-invent the image of a country, accelerate and transform cities at a record-breaking pace.

To deliver this potential it is imperative that these events are seen as being primarily for the hosts’ and their citizens’ benefit, and align perfectly with their longer-term ambitions. In this context they can be presented to host citizens as accelerants to pre-existing ambitions and expressions of their hosts’ confidence and clarity of purpose.

Recent Arup-led research conducted for the Cities Alive: Rethinking legacy for host cities report, highlighted three tactics that are likely to have greatest impact in achieving this:

With eyes turning to Paris and LA as the hosts of the 2024 and 2028 Olympic Games, its time to consider how cities may evolve their approach to hosting, to ensure Games are delivered cost effectively, while leaving a lasting, positive legacy for their communities.

Closer to the action through virtual reality and live sites

The London 2012 Live Sites generated real excitement and enabled more people to get into the spirit of the Games. Advances in hand-held technology, virtual reality and streaming media will enable spectators to tune into any number of live sports, get guided tours of venues or experience being at the virtual trackside with their favourite athletes.  Formula-e Motor Racing is a great example, with the use of 360-degree cameras, live streaming of races, almost instant highlights and even the opportunity for fans to ‘vote’ to give their favourite drivers an additional boost of power.

Most major event venues will be temporary in the future, allowing land to be swiftly released for redevelopment after the Games. More affordable – off-the-shelf or pre-engineered sporting venues will significantly reduce cost. Reduced venue capacities can also bring significant savings, with smaller facilities resulting in fuller capacities and a better atmosphere for fans.

Cities are cautious about bidding for major sporting events, with Boston, Hamburg, Rome and Budapest pulling out of the running for the Olympics and Los Angeles seeking an advance from the International Olympic Committee.  New ‘value’ focussed financial models are emerging, which should be encouraged. Investment in regeneration can drive huge increases in surrounding land values. This model would see a percentage of this increased land value returned and put towards the cost of infrastructure.  Another approach is tax increment financing (TIFs), which diverts future property tax revenues towards upfront infrastructure investment.

The greatest single risk to the successful legacy of a major event is the potential disruption it can bring to the daily life of a host city.  A combination of new technologies, greater use of data and more effective management will reduce cost, improve experiences for residents and visitors and strengthen the long-term resilience of host cities.  Examples include the idea of ‘logistics hubs’ outside city centres, where deliveries can be consolidated so that they minimise the number of trips required, reduce emissions and congestion and load packages onto smaller, electric vehicles.  London 2012 also saw the adoption of a highly efficient multimodal ‘transport coordination centre’, as well as greater use of travel planning apps. Arup expects most host cities to explore ways of using predictive modelling tools, data analysis, mobile apps and live updates to deliver smooth running transport and logistics.

Cities should see the Games as a catalyst to help them tackle the major challenges they are facing – such as rising air pollution; energy shortages; housing shortages and an increasing number of extreme weather events.  Rather than focusing on event related sustainability outcomes, such as reducing energy use during sporting events – the report recommends it is used as an opportunity to scale up and accelerate ambitions having a long-term impact. For example, this could involve helping cities establish their own localised energy, cooling and water systems.

Large scale sporting events have huge potential to act as change catalysts for cities, helping them to tackle the major challenges facing them – from rising air pollution and carbon reduction, to housing shortages. For too long legacy has been viewed narrowly, with the emphasis on the physical structures left behind. We need to think about how we build institutional muscle power – able to deliver benefits before, during and after the events. The real prize of the games should be the opportunity for cities to scale up and accelerate ambitions that have a long-term impact.

The above presents a distillation of Arup’s Cities Alive: Rethinking legacy for host cities report.