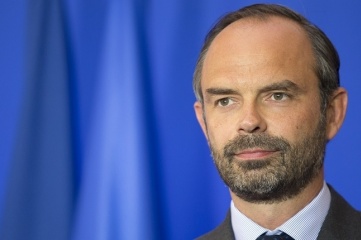 The mayor of Le Havre and former French Prime Minister, Édouard Philippe, gives a wake-up call at the Annual Conference of the Fondation Prospective et Innovation

The pace of urbanisation, especially in China, is a “sensitive and significant” challenge facing humanity today, according to former French Prime Minister Édouard Philippe and Mayor of Le Havre.

“The world changes all the time, but the challenges that we face now are literally dizzying,” Philippe said in a keynote address to the Annual Conference of the Fondation Prospective et Innovation.

The hybrid conference took place at Convention Center of Futuroscope with the theme of Finding Balance in an Unstable World.

He identified demographics, the environment and China as “three elements that are sensitive and significant”.

“Urbanisation is dizzying in its pace around the world,” he said, pointing out that since the outset of the industrial revolution in the early 19th century it took until 1931 for the urban population to exceed 50%, and another 50 years to reach 80%.

This contrasts greatly with the much faster speed of urbanisation in China in recent years.

“The transformation of China is like a city as big as Rome being built every 2 weeks,” said Philippe, pointing out that China has experienced in 30 years what took 250 years in Europe, and has used more concrete since 2013 than the US did in the whole of the 20th century.

“This transformation of infrastructures is incredibly dizzying.”

Philippe also identified the environment as another dizzying change, with the effects of global warming already palpable everywhere. Climate change is causing terrible fires in Siberia, famine in Madagascar, and also affecting his city.

“The problems that we see in Le Havre due to rising sea levels are making it very difficult to build in the lower part of the city, because of the flood risk.”

We should all be worried about these changes, he said. “Those who are not feeling dizzy are a worry to me!”

As for solutions: “We must underscore the role of leaders in this dynamic. Thought, insight and debate can contribute to understanding the situation.”

As French Prime Minister in 2018, Phillipe met Chinese President Xi Jinping who told him that other nations had shouldered the universe for a long time, but now China has the power to carry the whole weight of the universe.

European nations have a key role in counterbalancing risk of polarisation between the global economic superpowers, US and China.

“We can work within our means to be a European power, to try to be a strong France within Europe,” he said.

“We need intelligence and multilateralism – we need to be very careful how we understand our US and Chinese counterparts.

“We share some cultural codes with the US, but that doesn’t make us natural allies.

“We have different language and culture to China; it’s crucial that we create links with a country that remains difficult for Westerners to understand.”