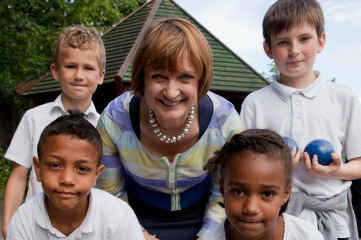 Dame Tessa Jowell MP, former Secretary of State for the Olympic Games has proposed that a one per cent tax on hotel stays should be brought in to fund events, culture and youth development in London.

The tax could raise GB£50m per year, London newspaper the Evening Standard reported.

These funds would be used to stage events such as the New Year’s Eve Fireworks, as well as creating a culture fund for local boroughs, enabling town halls to apply for funds to host free community events.

The revenues would also be diverted to helping create equal access to cultural and leisure activities for children in London. According to the Department for Work and Pensions, the families of 200,000 London children can’t afford leisure equipment such as bicycles, while 100,000 can’t afford extra-curricular activities such as music lessons.

Other major world cities such as Paris and Rome already tax tourists on their hotel stays. In New York City, non-residents are charged more than 14 per cent on their hotel bills to contribute to city’s finances.

The tax could only be introduced in London if the government grants new powers to the Mayor and London’s boroughs.

Dame Tessa Jowell is the pollster’s favourite to be Labour’s candidate for the Mayor of London. The Mayor will be elected in May 2017.

The former Secretary of State responsible for all planning of Olympic bid and implementation was a member of the London Olympic Board from 2010 to 2012. During the Games, she was Deputy Mayor of the Olympic Village

She is speaking in the opening panel discussion on “Why Events Matter to Cities" at HOST CITY 2015: The Largest Meeting of Cities and Sports, Culture and Business Events on 27 and 28 October.