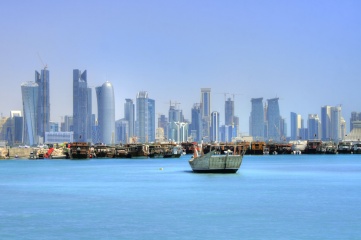 Qatar aims to almost double tourism’s share of GDP over the next 16 years through investments from government and business. The bold vision was announced at the launch of the Qatar National Tourism Sector Strategy 2030 on Monday.

"Our aim is to have the tourism industry contribute a total of 5.1 per cent of GDP by 2030, up from 2.6 per cent today,” said Hassan Al Ibrahim, director of strategy at the Qatar Tourism Authority.

“USD 40 to 45 billion of investments by the government and the private sector will make this vision a reality."

The FIFA World Cup in 2022 will be a phenomenal showcase for Qatar and the country is under pressure to deliver a legacy for the tourism and events sectors.

"The strategy strives to fully capitalise on Qatar's tourism potential and represents the aspirations of the Qatari people for the future of their country,” said His Excellency Issa bin Mohammed Al Mohannadi, chairman of the Qatar Tourism Authority.

The strategy envisions Qatar as “a world class hub with deep cultural roots”, further placing the country on the world tourism map and allowing people from around the world to recognize and appreciate what it has to offer via its unique culture and heritage.

"Tourism is a vital pillar in Qatar's development efforts and a key driver of socio-economic growth in the country" said Al Mohannadi.

1.2 million people visited Qatar in 2012, mainly from Saudi Arabia and other Gulf nations. The tourism authority is seeking to widen the range of markets of origin by setting up eight new satellite offices in key outbound markets, in addition to existing offices in London and Paris.

"Our target is to attract 7 million visitors to Qatar from all over the world by 2030," said Al Ibrahim.

With a target of USD 10.7bn to be generated from tourism in 2030, the strategy places much greater emphasis on the private sector in the economy with an increased role for entrepreneurship and SMEs.

It is hoped that investments in infrastructure already underway will bring rewards. The new Doha Exhibition and Convention Centre (DECC), described by the tourism authority as a “game-changer for the MICE sector,” is scheduled to open in 2014. Also opening in 2014 is Hamad International Airport, which promises to become an important hub for transit passengers.