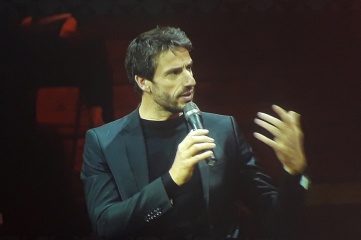 [Source: Global Sports Week] The French Development Agency has become the first non-commercial Olympic Games partner with rights to the Olympic Rings. The unprecedented announcement was made at the opening of the first Global Sports Week Paris at the Carrousel du Louvre. The partnership will provide for a concrete financing programme to support projects aimed at fostering development through sport around the world.

Tony Estanguet, President of the Paris 2024 Organising Committee, said: "Sport can change everything. And we want this ambition to go beyond the French borders through this new strong cooperation between Paris 2024 and the French Development Agency.”

Remi Rioux, Executive Director of AFD, also commented: "This partnership is unique. We have never connected the power of sport and the power of development projects funding. The Olympic and Paralympic Movements are a universal initiative and it is only natural to unite them with the international development programmes.”

In the Opening Session, Tony Estanguet, Roxana Maracineanu, Andrew Parsons, and  Nadia Nadim were challenged by four young international leaders about the role of sport around key social issues.

Andrew Parsons, International Paralympic Committee President, said: "The first thing the international sport movement has to do is stop sweeping issues like doping or abuse under the carpet. We need to face them, otherwise young people don't buy it, they don't have trust to engage with us."

He added: “Yes, international sport has joined the party too late on climate change. But the strength we have is the athletes. It’s important they understand their power to drive change with the right messages.”

Roxana Maracineanu, French Minister of Sports, said: "Athlete welfare has been at the heart of my mandate as a Minister from the very start. This is one of the key reasons why the Sports Ministry wants to take place in the debates happening here this week."

“There is never one day, in my conversations with other government ministers, when I don’t see a way for sport to help provide solutions for other policy issues, such as health, environment or education."

Nadia Nadim, professional football player, PSG, and Champion for girls’ and women’s education, UNESCO, said: "Access is the biggest barrier for young people to get in sport. It's easy for young people to be on their digital platforms at home, but to play sports they have to drive an extra mile."

Guillaume de Monplanet, SVP, General Manager, adidas France, said:  "adidas saw the sport evolve and we evolved and changed with it. We noticed that our business impacted a lot of people around the world. Our core belief is that through sport WE can change lives (not only see sport change lives). This is a real mind shift."

He added: "Textile industry is one of the 5 worst industries in terms of the environmental impact. We have a big responsibility. By 2024 we will be at 0 virgin plastic in our products. Today we are at 50%, it is a long way to go, but we are moving in this direction."

Mathias Vicherat, SVP, General Secretary, Danone, said: “Kids represent 30% of the population and 100% of the future. For 20 years we at Danone have been organising a competition for kids to play soccer in 30 countries. By joining the Common Goal, we will be able to further promote the Sustainable Development Goals such as diversity and gender equality around the world.”