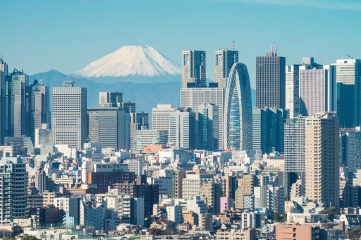 IOC asserts complete confidence in Tokyo, despite Swiss Re ranking the city at highest risk of disaster

A ranking of cities under threat from natural disasters, “Mind the Risk” by reinsurance company Swiss Re, has placed Tokyo top of the list.

The International Olympic Committee nonetheless told HOST CITY that it stands by the findings of its Evaluation Commission, which highlighted Tokyo’s “well thought-out proposals for the successful planning and delivery of security operations, which would deliver safe and secure Games.”

Tokyo successfully dispelled safety concerns during its bid to host the 2020 Olympic and Paralympic Games. Speaking to IOC members during the bid presentation in September, Prime Minister Shinzo Abe described Tokyo as “one of the safest cities in the world.”

The IOC on Wednesday reaffirmed its confidence in Tokyo’s ability to respond to potential seismic events. “It goes without saying that we cannot predict natural disasters, but Tokyo is known for having some of the most comprehensive construction practices to help protect buildings against the effects of earthquakes,” an IOC spokesperson told HOST CITY.

“The local authorities are also very well prepared to handle these types of emergency situations and we have complete confidence in them, as the Evaluation Commission noted in its report.”

Matthias Weber, Swiss Re’s Group Chief Underwriting Officer said in the report: “We know from past events that physical prevention measures alone do not suffice to build a resilient city, since damage from the most severe catastrophes cannot be fully averted.

“An important part of resilience is how well urban societies are able to cope with the financial consequences of a disaster, which includes access to the requisite funding for relief, recovery and reconstruction.”

HOST CITY also contacted Tokyo 2020, which was unavailable for comment at time of writing.

Seven of the ten cities found to be at highest risk are in East Asia, due to their combination of high seismic activity and large populations.

Los Angeles, which is taking steps towards a highly anticipated bid to host the 2024 Olympic Games, has the seventh largest number of people at risk of natural disaster, according to the Swiss Re report.